On August 14, 2014 the California Public Utilities Commission (CPUC) ordered the water companies under its jurisdiction to provide direct notice to their customers of mandatory water use restrictions and potential fines in response to the State Water Resources Control Board’s Emergency Regulation for Statewide Water Conservation.

On July 15, 2014, the Water Board adopted Emergency Regulation that prohibits the use of drinking water for outdoor landscapes in a manner that causes runoff; the use of a hose without a shut-off nozzle to dispense drinking water to wash a motor vehicle; the application of drinking water to driveways and sidewalks; and the use of drinking water in a fountain or other decorative water feature, except where the water is part of a recirculating system. The Emergency Regulation also limits outdoor irrigation of ornamental landscape or turf with drinking water to no more than two days per week.  Violation of these prohibited actions is punishable by a fine of up to $500 for each day in which the violation occurs.  Additionally, all CPUC jurisdiction water utilities are ordered to comply with the Water Board’s requirements in implementing either mandatory outdoor irrigation restrictions or, alternatively, mandatory water conservation measures.

Utilities must include notice of the implementation of either the mandatory outdoor irrigation restrictions or mandatory water conservation measures as part of the required customer notification the CPUC required in the order. These water utilities will also provide a monitoring report to the Water Board beginning in October 2014 to show progress towards the objective of a 20 percent reduction in water usage.

Governor Brown has called on all Californians to reduce their water use by 20 percent and prevent water waste – visit www.SaveOurWater.com to find out how everyone can do their part, and visit www.Drought.CA.Gov to learn more about how California is dealing with the effects of the drought.

The Department has adopted parity regulations under the Revised Banking Law. These regulations provide state chartered banks and savings associations with different options for measuring credit exposure of derivative transactions so that they may lawfully engage in them. The Department is adopting sections 10.190500 and 10.190501 in Title 10 of the California Code of Regulations. These regulations will become effective on October 1, 2014.

Here is a link to the approved regulations: https://dfpi.ca.gov/Licensees/banks/Regulations.asp. 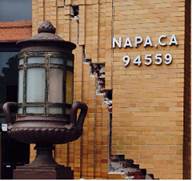 Commissioner Jan Lynn Owen urges Department of Business Oversight (DBO) licensees to grant appropriate latitude to customers affected by the severe damage resulting from the magnitude 6.0 South Napa earthquake that occurred August 24, 2014. Because of the earthquake damage and the widespread effect it will have on the economy in these counties, the Commissioner encourages the Department’s licensees to work with customers in dealing with the economic hardships of this disaster.

Governor Edmund G. Brown Jr. issued an emergency proclamation on August 24, 2014 for the following counties: Napa, Solano and Sonoma due to the effects of a 6.1 magnitude earthquake in Napa Valley and continued aftershocks that have damaged critical infrastructure, homes and other structures and caused fires and the closure of roads and highways. The emergency declaration followed a statement issued by Governor Brown. Full text of the emergency proclamation.

The Department of Business Oversight will continue to monitor the situation in the Napa regional area closely. (Photo credit: Mackenzie Reilly)

Governor Edmund G. Brown Jr. signed Assembly Bill 2298, allowing financial institutions that hold local agency deposits to submit their weekly reports to the California Department of Business Oversight (DBO) electronically by email or facsimile rather than through U.S. mail starting January 1, 2015.  The weekly report due Wednesday, January 7, 2015 will be the first weekly report to which the provisions of AB 2298 will apply.

For more information, please contact Karen Cunningham at (916) 322-1547 or by email at karen.cunningham@dbo.ca.gov.

TomatoBank, NA, to convert to a state-chartered bank under the name of TomatoBank
Effected: 8/29/14