Governor Brown on May 8 announced the appointment of Edgar L. Gill Jr, of Elk Grove, as senior deputy commissioner of the DBO’s Division of Corporations.  Gill has been a senior vice president at U.S. Bank since 2011. Prior to coming to U.S. Bank, he held executive-level positions at several major financial institutions, including Bank of America, Citigroup and Union Bank.  Gill was a mortgage loan officer at Sacramento Savings and Loan from 1992 to 1995.  His appointment requires confirmation by the State Senate. 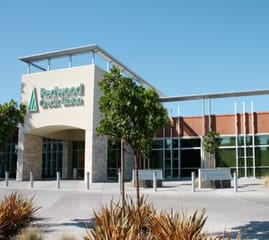 Redwood Credit Union, based in Santa Rosa, has been named the top credit union in the U.S. by Glatt Consulting.  With 242,000 members, Redwood was selected based on 11 criteria, including net worth, return on assets, loan charge-off rate, loan-to-deposit ratio and deposit growth.

From 2012-2014, according to data cited in a May 7 article in the Santa Rosa Press Democrat, Redwood’s membership increased by 18,000, and its assets grew by 19 percent, from $2.1 billion to $2.5 billion.  At the end of last year, its loan portfolio totaled $1.83 billion, the article reported, which represented an increase of roughly 20 percent from 2012.

The DBO on June 8 will be emailing its biannual IT survey to all banks, credit unions and, for the first time, mortgage companies.  Survey notifications will be emailed to each institution’s designated email address for communications with the DBO.  All surveys will be due July 10.

The email will contain information on accessing and submitting the electronic 2015 IT Systems Survey.  The purpose of this biannual survey is to help the DBO determine the level of IT risk prior to regulatory examinations.  The Commissioner directs licensees to complete and submit the survey as a special report, pursuant to California Financial Code sections 455 and 50307. Responses will be kept confidential and used only in the examination process.

If you have questions regarding the survey, please use the contact information below:

Community Banking in the 21st Century

State bank supervisors, in coordination with the Federal Reserve, are planning the third annual Community Banking in the 21st Century research and policy conference.  The goal of the conference is to encourage research aimed at improving public policy related to banks and local communities.

For last year’s conference, the sponsors conducted a nationwide survey of community banks, and more than 1,000 participated.  The results of the survey and the town hall meetings were highlighted in a publication released during the conference.  The report can be downloaded here: https://www.stlouisfed.org/bank-supervision/2014-community-banking-conference/town-hall-publication.

The purpose of the survey is to give researchers and policymakers an opportunity to hear directly from community banks on a range of important topics.  Results from the 2015 survey will be compiled and presented during this year’s conference, which is being held Sep. 30-Oct. 1 in St. Louis, Missouri.

Please take the time to complete this survey at: https://sri.cornell.edu/CB21/.  Completion should take no longer than 30 minutes, and the deadline is June 15.

Should you have any questions, please contact DBO Senior Deputy Commissioner Scott Cameron at (916) 322-5962 or scott.cameron@dbo.ca.gov.

California Financial Code section 12214(b)(1) directs the Commissioner to annually assess from all Check Sellers, Bill Payers and Proraters (CSBPP) licensees an amount sufficient to meet the DBO’s costs of administering its statutory functions.  The DBO estimates the cost of this program during FY 2015-16 will total $23,566.  CSBPP licensees will receive notices within the next week that inform them of their pro rata share of the total annual assessment.

The DBO is seeking comments on proposed changes to regulations under the California Deferred Deposit Transaction Law (CDDTL).  The proposed regulations would clarify the DBOs definition of “personal check” under the CDDTL and authorize the Commissioner to establish a common database to allow real-time tracking of deferred deposit transactions.

The DBO is requesting comments prior to initiating a formal rulemaking action with the Office of Administrative Law.  The Invitation for Comments notice and text of the draft regulations are available at this link: https://dfpi.ca.gov/Licensees/Payday_Lenders/Regulations.asp.

With emergency drought conditions persisting throughout California, the State Water Resources Control Board on May 5 adopted an emergency regulation requiring an immediate 25 percent statewide reduction in urban water use. The Board’s action implements the Governor’s April 1 Executive Order.

The Executive Order required, for the first time in state history, mandatory conservation for all residents.  It also directed several state agencies to take immediate action to safeguard the state’s remaining urban water supplies in preparation for a possible fifth year of drought.  For more information, go to http://www.ca.gov/drought/.

The May 2015 Monthly Bulletin covers the month ended April 30, 2015. It is issued pursuant to Financial Code section 376.