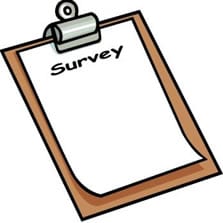 The Department of Business Oversight (DBO) will begin collecting data for the 38th Annual Executive Officer and Director Compensation Survey from state-chartered bank licensees, national banks and federal savings banks.  DBO state bank licensees will receive an email at their designated email address with a unique link to a secure website where they can complete the survey online. National banks and federal savings banks will receive a letter with instructions on how to participate.

The survey results for the 37th Annual Executive Officer and Director Compensation Survey as of June 30, 2014 are available now at https://dfpi.ca.gov/Publications/executive_summaries/default.asp.

Participants in the 2015 survey will receive a PDF of the survey results when they are compiled, well before the DBO makes the results public on its website.

If you have any questions about the survey, please contact Patrick Carroll at (415) 263-8559 or Patrick.Carroll@dbo.ca.gov.

Older Californians in 2014 increased their payday loan borrowing at a significantly higher rate than payday customers as a whole, according to industry survey results released today by the Department of Business Oversight (DBO).

The DBO has been conducting the industry survey annually since 2013.  The summary reflects unaudited data provided by DBO-licensed lenders.  It may be viewed or downloaded from the DBO website here: https://dfpi.ca.gov/wp-content/uploads/sites/337/2018/10/CDDTL_Industry_Survey_2015_Summary_Report_FINAL.pdf.

The annual report of licensed, non-bank consumer and commercial lenders under the California Finance Lender’s

Law (CFLL) was published July 10 by the DBO.  The report is a composite of annual reports submitted by CFLL licensees for calendar year 2014.  Licensees’ unaudited annual reports were submitted in accordance with Section 22159(a) and 22160 of the CFLL.  Some highlights:

The 2014 report and prior years’ reports can be found on the DBO’s website at https://dfpi.ca.gov/california-financing-law-publications/.

Donna Bland, President and CEO of The Golden 1 Credit Union, recently was appointed as a member of the DBO Credit Union Advisory Committee.  She succeeds Barry Jolette, who recently resigned from the Committee due to his retirement.  Bland possesses a great deal of credit union industry knowledge and experience and will be a valuable asset for the Committee.

The next quarterly Committee meeting will be held the week of September 7, and is planned as an in-person meeting.  It will take place at the DBO’s downtown Sacramento headquarters located at 1515 K Street.  The meeting will be held in the 5th Floor conference room.  Stay tuned for more details.

The DBO supports the U.S. Department of the Treasury’s State Small Business Credit Initiative (SSBCI). This program was created by the USA Jobs Act signed by President Obama in 2010. According to its website, the SSBCI was funded with $1.5 billion to strengthen state programs that support lending to small businesses and small manufacturers.  It is expected to help spur $15 billion in lending.

In California, over $90 million of the $168 million allocated to the state by SSBCI are deployed as collateral support and loan guarantees to qualified borrowers through the California Capital Access Program and the Small Business Loan Guarantee Program.  DBO encourages banks and finance lenders to learn about and participate in SSBCI-funded programs.

Depending on the assets pledged, an institution’s collateral value may increase or decrease as a result of updated collateral margins.  That affects the maximum amount the institution would be permitted to borrow from the discount window.

If you have any questions regarding updated collateral margins, contact the Federal Reserve Bank of San Francisco at (866) 974-7475.

The DBO’s Escrow Advisory Committee, which helps the Commissioner carry out her duties under the Escrow Law, currently has three vacancies.

The Committee is comprised of 11 members, including the Commissioner or the Commissioner’s designee.  The Commissioner appoints the Committee members, other than those representing the Escrow Institute of California and Escrow Agents’ Fidelity Corporation.  Appointed members serve for a period of two years without compensation or reimbursement for expenses.

The Committee three vacancies must be filed by representatives from: a medium-size escrow company; an escrow company that has a business specialization; and an attorney who has escrow agent clients.

If you, your company or your company’s attorney qualifies for one of the open positions, the DBO encourages you and/or your attorney to apply by sending a letter of qualifications and/or resume to the attention of Richard Malme, Special Administrator, 320 West 4th Street, Suite 750, Los Angeles, CA 90013.  The deadline for submissions is July 31.

The Committee meets quarterly at the DBO’s West 4th Street office in Los Angeles.  The next meeting tentatively is scheduled for Tuesday September 15.

The state’s urban water users substantially improved their conservation efforts in May, according to the latest drought response report from the State Water Resources Control Board (Board).  Urban water districts reduced their aggregate consumption by 28.9 percent compared to the same month in 2013, the report said.  That compares to the 13.6 percent reduction recorded in April.

The May savings rate was the highest recorded since Governor Brown called on all Californians to conserve water in the face of limited supplies.

Enforcement and compliance statistics reported for the month of May also indicated that water suppliers are following up on water waste complaints and issuing formal warnings and penalties against alleged violators.

Complaints are a very important tool for identifying leaks and overwatering that could go undetected for weeks resulting in millions of gallons of wasted water.

June is the first month that new mandatory statewide conservation rules are in effect.  For more information, go to www.ca.gov/drought/.

Finance and Thrift Company, Porterville, to merge with and into Pan American Bank, Los Angeles
Filed: 6/22/15

Coast National Bank, to convert to state-chartered bank under the name of Coast Business Bank or Coast Community Bank
Filed: 6/15/15

Bank of Agriculture & Commerce, to change its name to BAC Community Bank
Effected: 6/1/15