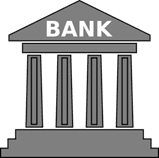 Debie Abella was promoted to Deputy Commissioner of the DBO Banking Division effective September 1.  She is responsible for all of the Banking Division’s supervision and regulation. 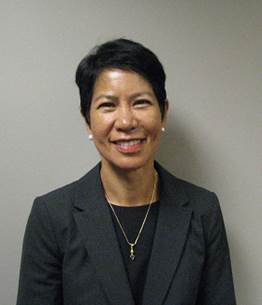 Ms. Abella joined the DBO in 1983 as a Bank Examiner in the San Francisco Regional Office.  She was promoted to the position of Senior Examiner in 1992, Financial Institutions Manager in 1999, and Northern California Regional Deputy Commissioner in 2010.

Ms. Abella received her Bachelor of Science degree from San Francisco State University in Business Administration.  She is a graduate of the Pacific Coast Banking School (2007) and a CSBS Certified Examinations Manager. 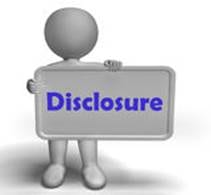 The CFPB also refers to the new rules as “Know Before You Owe.”  The objective is to improve consumer understanding of the mortgage process, aid comparison shopping, and help prevent surprises during loan closings.

According to the CFPB, the new TRID disclosure forms must be provided by all lenders or brokers who receive a mortgage loan application from a consumer on or after October 3. The DBO will be examining licensees for compliance with the new rule after that date.

The DBO Commissioner has adopted final regulations regarding mortgage loan originators.  The regulations adopt the Uniform State Test (UST) developed by the National Mortgage Licensing System and Registry (NMLS).  The UST replaces the state-specific test components for mortgage loan origination licensure.  An applicant or existing licensee can satisfy the testing requirements for licensure in states that have adopted the UST and in states that adopt the UST in the future.  The new regulations took effect August 19.  A copy of the approved regulations can be found at https://dfpi.ca.gov/laws-california-residential-mortgage-lending-act/.

The DBO Commissioner has adopted final regulations to implement the Money Transmission Act (MTA).  These regulations clarify exemptions from the MTA, establish the administrative procedure for determining the amount of required tangible shareholders’ equity, and update definitions to implement the MTA by clarifying terms such as advertising agent, money received for transmission and paying agent, among other provisions.  These regulations will become effective on October 1.  A copy of the approved regulations can be found on https://dfpi.ca.gov/money-transmitter-division/#mta .

Escrow and California Deferred Deposit Transaction Law (CDDTL) licensees, who have not already done so, must register through the DBO’s Self-Service DOCQNET Portal.  Registration is a three-step process: (1) the licensee creates an account; (2) DBO staff verifies the information and sends a confirmation e-mail with a user name; and, (3) the licensee reenters the portal to complete their registration.  The registration process normally takes five days to complete.

An emailed reminder with further instructions was sent to all escrow and CDDTL licensees who have not registered.  The registration process must be complete for escrow companies before February 15, 2016 in order to submit the Escrow Liability Reports.  The registration process must be complete for CDDTL companies before March 15, 2016 in order to file the CDDTL Annual Report (which includes the Industry Survey).  The DBO recommends affected licensees start their registration process without delay.  The DBO will not grant extensions for filing the Escrow and CDDTL reports and expects  heavy demand for registration verification s the deadlines near for filing the reports.

Invitation for Comments on Proposed Regulations under the Escrow Law

The Department of Business Oversight (DBO) requests comments on proposed changes to regulations that affect escrow agents.  The proposed changes would revise the requirements for the annual audit report and closing audit procedures under the Escrow Law.

The DBO seeks comments from interested parties prior to initiating a rulemaking action with the Office of Administrative Law.  The Invitation for Comments notice and proposed text are available at this link.

The Governor on Aug. 31 signed an executive order to strengthen California’s cybersecurity program.  In a press release, the Governor’s Office said the order would “bolster California’s preparedness and response to destructive cyber-attacks, which increase the state’s vulnerability to economic disruption, critical infrastructure damage, privacy violations and identify theft.”

The order directs the Governor’s Office of Emergency Services to establish the California Cybersecurity Integration Center (Cal-CSIC).  CalCSIC will be charged with the state’s cybersecurity strategy and improving inter-agency, cross-sector coordination to reduce the likelihood and severity of cyber-attacks.  “Cal-CSIC will work closely with the California State Threat Assessment System and the U.S Department of Homeland Security and will facilitate more integrated information sharing and communication with local, state and federal agencies, tribal governments, utilities and other service providers, academic institutions and non-governmental organizations,” according to the press release

“Under the order, Cal-CSIC will also establish a multi-agency Cyber Incident Response Team to serve as the state’s primary unit to lead cyber threat detection,” the release added, “reporting, and response in coordination with public and private entities across the state.”

DBO’s Education and Outreach team are frequently on the road, attending events and helping consumers with financial issues across the state.  Team members attend conferences, speak on panels, and staff resource tables statewide.

It’s an effort to connect with communities and help consumers understand financial products or services, guard against fraud, and how to contact the DBO to ask a question, file a complaint or to verify a license.  So far, DBO representatives have attended 277 events since the beginning of 2015 and have distributed almost 2 million publications since January.

The DBO participated in the Veterans Housing Summit held in Rancho Cordova on August 15, with more than 100 Vets and their family members attending.

The DBO provided information and materials to help inform the military community regarding homeownership, financing and refinancing, and avoiding mortgage fraud.  DBO often partners on these free events with other government agencies, HUD-certified housing counseling agencies, and non-profit community organizations.

DBO has developed materials in multiple languages that address an array of financial topics, including home finance, guarding against fraud, and financial management.  DBO brochures are available on our website at  brochure page.

Organizations and consumers can request free copies of DBO brochures by emailing publications@dbo.ca.gov.

Despite continued hot conditions, Californians surpassed June’s conservation rate and reduced water use in July by 31.3 percent compared to the same month in 2013, according to the State Water Resources Control Board (Board).  The savings exceeded the Governor’s 25 percent mandate for urban water users, and July marked the second consecutive month that has happened.

For June and July, the cumulative statewide savings was 29.5 percent.  Saving water in the hot summer months is critical to meeting the State’s overall 25 percent savings (1.2 million acre feet) goal through February 2016.  Summer is when the greatest amount of water is traditionally used.

The emergency water conservation regulation requires urban water suppliers to provide monthly water use reports to the Board.  Urban water suppliers are expected to meet, or exceed, their individual conservation standard through February 2016.  The year 2013 serves as the baseline for determining water savings statewide.  The Board’s current report is available.   For more information, go to www.ca.gov/drought/.