The DBO family has lost friend and colleague Bruce Prentice, who died Oct. 30 from complications following surgery.  Bruce was a Senior Financial Institution Examiner for the Money Transmitter Division in the Los Angeles office.  He joined the DBO in March of 2009 and received the Commissioner’s Award for excellence on the job in 2013.

Bruce was born on Oct. 1, 1965, in Baltimore, Maryland.  He graduated from Poway High School in San Diego and earned a bachelor’s degree in business and economics from UC Riverside.  He enjoyed reading, golfing and attending Jimmy Buffett concerts.  Bruce is survived by his wife, Patricia; sons Ryan and Thomas; mother, Helen; sister, Karen; twin sister Katherine; and niece, Cristy. 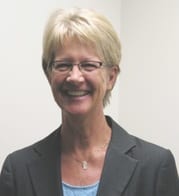 Lisa Crowe took over as the DBO’s new chief deputy commissioner on Nov. 2.  The Governor appointed her to the post on Oct. 19.  Lisa replaces David O’Toole, who left the DBO earlier this year to take a position at the Department of Housing and Community Development.

Lisa served as chief of the Payroll and Personnel Services Division at the California State Controller’s Office from 2010 until she joined the DBO team.  From 2007-2010, she worked in several positions at the California Franchise Tax Board (FTB), eventually rising to head the FTB’s Administrative Services Division.  Lisa is a certified public accountant and earned a master’s degree in taxation from California State University, Hayward.

Mona Elsheikh has been promoted to DBO special administrator for the California Deferred Deposit Transaction Law (CDDTL).  Previously, Mona was the Supervising Examiner over the Escrow Law regulatory examination program.  In her new job, she will be responsible for both the CDDTL licensing and examination programs.  Questions regarding the CDDTL program can be directed to Mona at (213) 576-7517, or mona.elsheikh@dbo.ca.gov.

All entities that wish to renew their licenses under the California Residential Mortgage Lending Act must submit a renewal request through the Nationwide Mortgage Licensing System and Registry (NMLS) no later than Dec. 31.

Licensees should review the license items set on NMLS records and complete all requirements as soon as possible. Renewal requires payment of the NMLS renewal fee of $100 for companies and $20 for branches.  There are no renewal fees paid to the DBO through NMLS.  The DBO’s annual assessments are invoiced separately.  Renewal questions to DBO should be directed to CRMLA.Inquiries@dbo.ca.gov.

Licensed mortgage loan originators (MLOs) must request renewal of their licenses no later than Dec. 31.  New DBO regulations for MLOs took effect Aug. 19.  A copy of the approved regulations can be found here.

Additional resources to assist in the license renewal process are available on the NMLS Resource Center.  Status of renewal requests may be checked by reviewing the Composite View tab in the NMLS system or at http://www.nmlsconsumeraccess.org/.  Additionally, renewal questions to DBO should be directed to NMLS_Inquiries@dbo.ca.gov.

The U.S. Securities and Exchange Commission (SEC) on Oct. 30 adopted final rules to permit business owners to offer and sell securities through crowdfunding transactions that raise a maximum aggregate amount of $1 million in a 12-month period.  Title III of the JOBS Act, enacted on April 5, 2012, created for qualified crowdfunding offerings an exemption from the federal requirement that securities be registered.

The offerings can be made only through brokerage firms or Internet funding portals that must be registered with the SEC.  Internet portals also will be required to implement security measures to protect against fraud.

The rules will not generally apply to popular existing sites such as Kickstarter and Indiegogo, where people contribute money to projects without the expectation of earning a profit or getting repaid.

Crowdfunding is intended to expand opportunities to raise equity capital beyond investors with traditional accredited investor status (income and net worth minimums).  Individual investors will be barred from investing more than $100,000 in crowdfunding over a 12-month period, and there are further limits imposed on investors with less income. 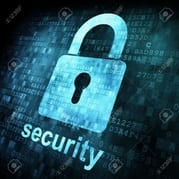 The FFIEC statement describes steps financial institutions should take to respond to these attacks and mitigate the risks they pose.

The FFIEC recommendations include:

Financial institutions also are encouraged to notify law enforcement and their regulators of a cyberattack involving extortion.

California’s urban water users reduced their consumption by more than 26 percent during September, compared to the same month in 2013.  The savings exceeded the Governor’s 25 percent conservation mandate for a fourth straight month.  Nearly all urban water suppliers in the state have complied with the conservation standards.

For June through September, the cumulative statewide savings rate was 28.1 percent, equal to 777,739 acre-feet or 253.4 billion gallons.  This is 65 percent of the overall goal of saving 1.2 million acre-feet by February 2016.

With the end of summer, when water use is highest, it will be more difficult for urban water suppliers that are behind to make up ground on their cumulative savings totals.  For more information, go to www.ca.gov/drought/.

Pan Pacific Bank, Fremont, to merge with and into California Bank of Commerce, Lafayette
Filed: 10/01/15