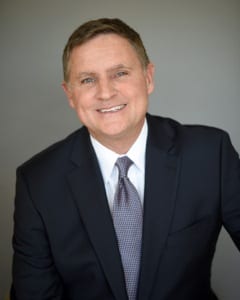 Charles “Chuck” K. Lilly III is the DBO’s new Deputy Commissioner of the Financial Services Division.  He assumed the post on April 1.

Chuck brings 35 years of senior management experience throughout the financial services industry.  Most recently, he served as Executive Vice President of Acquisitions with The Picerne Group, a Southern California luxury apartment developer.

Prior to The Picerne Group, he held executive positions at various financial service institutions, including a stint of more than 18 years as Executive Vice President of Magellan Financial.

Chuck is a Southern California resident and graduate of California State University, Fullerton.  He will be headquartered in the DBO’s Junipero Serra Building office in Los Angeles.

The DBO has sent notices to 322 California Finance Lenders Law (CFLL) licensees and 8 California Deferred Deposit Transaction Law (CDDTL licensees warning them their licenses could be revoked for failure to file their statutorily-mandated annual reports.

The CFLL and CDDTL annual reports on business activity in calendar year 2015 were due to the DBO by Mar. 15. 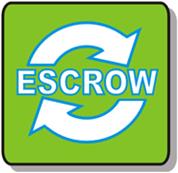 The DBO has received reports of cyber-hacking of escrow trust accounts every month for the past nine months.  More than $1.5 million dollars has been redirected by hackers with fake email wiring instructions. Hackers have successfully accessed email accounts of principals, real estate agents and escrow companies.

Escrow agents’ number one duty is to protect consumer funds by managing their trust accounts in a safe and sound manner.  So, they must take proactive steps to protect their company from cyber-attack. Additionally, licensed escrow agents, have to meet certain legal requirements if they are victimized by hackers.

The Commissioner next week will publish and distribute to licensees a notice with details on proactive steps escrow agents should take to prevent cyber-attacks and their legal requirements if they become victims.  Licensees should look for the notice on the DBO website and in their designated email boxes.

The Commissioner reminds commercial bank and credit union officials that they can apply to receive funds through the Time Deposit Program administered by the State Treasurer’s Office (STO).  As of Mar. 31, the Program totaled $5.65 billion in deposits and 74 participating financial institutions.

Among its benefits, the Program:

For more information, please contact Evelyn Gorman or Sean Collier in the STO’s Investment Division at 916-653-3147.

Effective Jan. 15, the DBO began using the National Mortgage Licensing System (NMLS) to help manage money transmitter licensees.  NMLS is a secure, web-based, nationwide licensing system that allows companies to safely and conveniently apply for, update and renew their licenses in one or more states.  Using NMLS will allow the DBO to improve its operations and better supervise the money transmitter industry by linking to a central database shared with other states.

Currently, the DBO will allow all money transmitter licensees to have a complete record in NMLS and submit the record to the DBO for approval.  In addition, any company wishing to apply for a new money transmitter license may do so through NMLS.  The process by which a licensee officially joins the NMLS for purposes of California regulation is called a “Transition Request.”

The Commissioner encourages all licensees who have not filed a Transition Request in California to do so.

More information can be found online at the NMLS Resource Center. 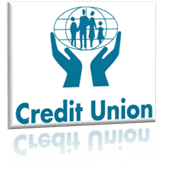 CEOs of credit unions that are members of the California and Nevada Credit Union Leagues (the Leagues) are invited to join Commissioner Owen and DBO staff for an in-depth dialogue.

Please register at http://www.cvent.com/d/xfqzp2/4W for one of the following DBO/CEO Roundtables:

These roundtables are meant to be open forums that give CEOs the opportunity to hear from, and be heard by, their state regulator.

The Leagues encourage CEOs who plan to attend to submit suggested discussion topics.  After registering at the link above, please forward your discussion suggestions to Davina Law at davinal@ccul.org, by Friday, Apr. 22, so any background materials that may facilitate the discussion can be prepared. 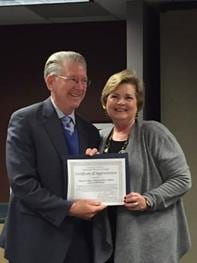 At the Mar. 14 meeting of the DBO Credit Union Advisory Committee (CUAC), Commissioner Jan Owen presented a Certificate of Appreciation to Henry Wirz (pictured).  Henry was first appointed to the CUAC in December 2010.

“I thank Henry for all his years of service to the Department of Business Oversight, his members and the industry,” said Commissioner Owen.

Henry is leaving the CUAC after retiring on Mar. 31 as CEO of SAFE Credit Union.  He worked at SAFE for 37 years, and was elevated to President and CEO in 1984.  During Henry’s time at the helm, SAFE more than quadrupled its membership to 183,000 and now manages $2.1 billion of assets.  David Roughton, who replaced Henry as President in 2013, also has succeeded Henry as SAFE’s CEO. 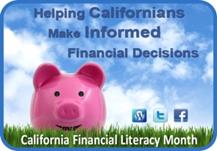 The National Retirement Planning Coalition – a group of prominent education, consumer advocacy and financial services organizations – advocates crafting a holistic financial plan for retirement.  To help spread its message, the coalition has organized National Retirement Planning Week, a national effort to help consumers focus on their financial needs in retirement.  DBO joins in urging Californians to use this time to develop, review and/or revise their retirement plans with the tools and help available at www.RetireonYourTerms.org.

DBO employees once again showed their generous spirit during the 2015 “Our Promise:  State Employees Giving At Work” campaign.  Our Promise officials presented DBO a Silver Award for its per-donor giving in the $65 to $79.99 range.  DBO also received a Bronze Award for achieving a participation rate (share of DBO employees who donated) in the range of 25% to 39%.

Our Promise: California State Employees Giving at Work (formerly CSECC) was established in 1957 to provide a single charitable fundraising drive in the State community.  Our Promise offers State employees the opportunity to use payroll deduction to support charitable organizations.

The state continues to deal with the effects of the unprecedented drought.  Californians are urged to maintain their water-saving habits, reduce or eliminate outdoor irrigation when it’s wet, and limit household water use to the essentials.  For more information on the drought and conservation programs, go to www.ca.gov/drought/.