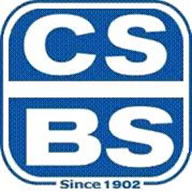 The Conference of State Bank Supervisors (CSBS) on Sept. 12 notified the DBO its banks and mortgage regulatory programs satisfy the CSBS’ accreditation criteria. The Banks Division received re-accreditation, and the Mortgage Division won accreditation for the first time on its first try.

Accreditation involves a comprehensive review of critical program elements to ensure the ability of the banking and mortgage programs to discharge their responsibilities. The review assesses: administration and finances; personnel policies and practices; training programs; examination policies and practices; supervisory procedures; and statutory powers.

A review team of four highly-experienced former regulators and the CSBS Director of Accreditation performed an on-site review at the DBO’s Sacramento office during a recent five-day visit. The Review Team conducted a thorough review of the DBO’s Self-Evaluation Questionnaire, and interviewed key personnel and a cross-section of examiners. The CSBS Performance Standards Committee made the accreditation decisions, based on the reports of the Accreditation Review Team and the Audit Team. 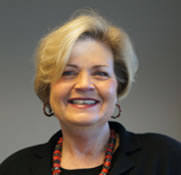 The California Department of Business Oversight (DBO) recently was named by American Banker as one of eight state and federal regulators to watch in the online lending arena. From the American Banker:

California officials are conducting an inquiry into 14 firms’ compliance with laws and regulations dealing with referral fees, bank partnerships and fair lending. The Bay Area is to home to numerous large U.S. online lenders, including Lending Club, Prosper Marketplace, Social Finance and more. California’s probe could result in enforcement actions against particular firms; it could also lead to new regulations.

The article included this quote from Commissioner of Business Oversight Jan Lynn Owen: “These online lenders are filling a need in today’s economy, and we have no desire to squelch the industry or innovation.  We have a duty, however, to protect consumers and businesses, and they have more and more at stake as this industry grows.”  Read the full list at the American Banker (subscription required). 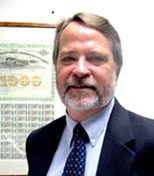 Jim currently serves as a special consultant to the Commissioner, and his duties have focused on legislation and speechwriting.  Jim came to the DBO earlier this year by way of the State Legislature, where he worked for the previous five years.  He focused on government oversight during his Capitol tenure, holding consultant positions with the Assembly Committee on Accountability and Administrative Review from 2011-12 and the Senate Office of Oversight and Outcomes from 2012-2014.  In his last legislative job, Jim worked as a consultant to the Assembly Speaker’s Office of Research and Analysis. 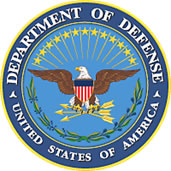 The Department of Defense on Aug. 26 published in the Federal Register an interpretive rule governing limitations on terms of consumer credit extended to service members and dependents.

Published under the Military Lending Act, the interpretive rule provides guidance on certain questions the Department received regarding compliance with the July 2015 Final Rule.  That rule extended the protections of the Military Lending Act to a broader range of closed-end and open-end credit products, including credit cards, lines of credit, installment loans and deposit advances.  The changes are set to take effect in October.

Recently, state and federal regulators on Aug. 5 issued a press release seeking comment on the proposed new and streamlined Call Report for small financial institutions.  Interested parties are encouraged to review this proposal closely and take time to submit comments via the Federal Register for the agencies to consider.

The new Call Report will lessen the reporting burden for community banks by removing about 40 percent of the nearly 2,400 data items now required.

In addition to the new streamlined small institution Call Report proposal, regulators are requesting comments on proposed revisions to the two versions of the existing Call Report for larger institutions.

Comments are requested on all aspects of the proposals, given the potentially significant changes.  Often, the most helpful comments provide specific examples of how a proposal will affect the institution.

The agencies request comments on the proposed changes be submitted no later than Oct. 14.  The proposal is available online at: http://www.ffiec.gov/press/PDF/FRN-Small_Bank_Call_Report.pdf. 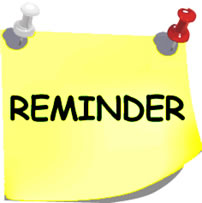 This survey is an important tool to help DBO improve its examination processes.  Survey responses are confidential, and controls are in place that limit access to authorized DBO personnel. 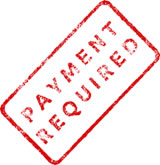 Pursuant to Government Code section 53667, the Commissioner annually assesses all depository institutions in California in which local public agencies deposit securities.  The assessments fund the DBO’s administration of the laws relating to local agency securities.

Invoices will be mailed to depository institutions on or about Sept. 30.

Depository institutions must pay their assessment no later than Oct. 31.  Questions regarding the assessment should be directed to Patrick Carroll at 415-263-8559 or patrick.carroll@dbo.ca.gov.

Renewal season is approaching, and the Financial Industry Regulatory Authority (FINRA) is in the process of resetting the system in preparation for the 2017 Renewal Program.  Please review the 2017 renewal calendar for payment and filing deadlines (http://www.finra.org/sites/default/files/crd-renewal-program-calendar.pdf).

The State Water Resources Control Board (Board) on Aug. 16 posted “stress tests” submitted by water suppliers to demonstrate whether they have adequate supplies to withstand three additional dry years.  Water suppliers that pass their “stress test” will not face a state-mandated conservation standard through Jan. 2017, but are expected to keep conserving water to build long-term drought resilience.