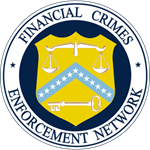 The Financial Crimes Enforcement Network (FinCEN) recently issued an Advisory to Financial Institutions on E-Mail Compromise Fraud Schemes. The FinCEN advisory informs U.S. financial institutions of email fraud campaigns which have proliferated to become a significant threat to the financial system. Business E-mail Compromise (BEC) and E-mail Account Compromise (EAC) schemes are among the growing cyber-enabled crime affecting financial institutions.  The FBI estimates that since 2013 there have been approximately 22,000 reported cases of Email-Compromise fraud involving $3.1 billion. FinCEN’s Strategic Policy office worked with law enforcement agencies and intelligence resources to draft this document and develop the Advisory’s red flags.  The Advisory is designed to raise awareness and encourage financial institutions to take appropriate measures to identify, prevent, and report this type of fraud. If you have any questions or comments about this Advisory, please contact the FinCEN Resource Center at (800) 767-2825 (Option 9) or at FRC@fincen.gov.

Commissioner of Business Oversight Jan Lynn Owen invites licensed finance lenders, payday lenders and escrow companies to attend an industry roundtable discussion at the DBO offices in Sacramento.   The meetings are intended to promote a discussion of issues of mutual interest to DBO and its licensees. The meeting dates are:

To suggest agenda items for a meeting, contact Chuck Lilly, Deputy Commissioner for Financial Services, at (213) 576-7554 or Charles.Lilly@dbo.ca.gov. If you plan to attend, please RSVP directly to Martha Martin at (213) 576-7662 or Martha.Martin@dbo.ca.gov. 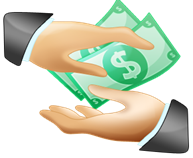 Certificate of Licensure for Money Transmitters

Some money transmitter licensees have reported difficulty maintaining or obtaining bank accounts.  To help remedy this situation, the DBO has developed a Certificate of Licensure that money transmitters can use to show bankers and others that they are licensed and regulated under the Money Transmitter Act (Division 1.2 of the California Financial Code). To obtain a Certificate of Licensure, please email the DBO Licensing Section at licensing@dbo.ca.gov. For more information, contact Patrick Carroll at (415) 263-8559. 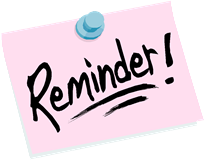 The California State Controller’s Office (SCO) has issued advice to financial institutions regarding unclaimed property. California Code of Civil Procedure section 1532 requires any payment of unclaimed cash in the amount of $20,000 or more to be made by EFT. Holders must make EFT cash remittances to Union Bank, N.A. (effective July 1, 2016).  Notify your bank of the Controller’s new account information in order to avoid returned payments and possible penalties. Read more about this change on SCO website or contact the SCO EFT Help Desk at UPDSCOEFT@sco.ca.gov or at (916) 464-6220. 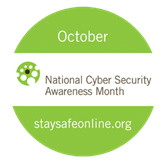 To recognize the importance of cyber security awareness, October has been designated as National Cyber Security Awareness Month (NCSAM).  Now in its 13th year, NCSAM is a collaborative effort between the U.S. Department of Homeland Security (DHS) and its public and private partners, including the National Cyber Security Alliance (NCSA), to raise awareness about the importance of cyber security and individual cyber hygiene. NCSA is promoting online safety through their STOP. THINK. CONNECT. campaign and other cyber security tips at StaySafeOnline.org.  The Federal Financial Institutions Examination Council (FFIEC) is also recognizing NCSAM with webinars and other events.  FFIEC actions addressing cyber security are available at http://www.ffiec.gov/cybersecurity.htm.

Congratulations to Devin Bragg, Financial Institutions Manager (Sacramento), and Marvin Caballero, Senior Financial Institutions Examiner (Los Angeles). On Sept. 2, Devin Bragg graduated from the Pacific Coast Banking School (PCBS) at the University of Washington.  Devin’s academic performance earned him recognition for outstanding achievement.  In addition, he was named to the Honor Roll, which consists of the top ten percent of his class. Marvin Caballero graduated from the Graduate School of Banking at the University of Colorado in Boulder (GSBC) on July 28, 2016.  The 25-month program prepares the next generation of community bank leaders.  Marvin attended GSBC with a three-year scholarship awarded by the CSBS Education Foundation to a select pool of 150 entries. Devin and Marvin showed exceptional commitment in balancing the work needed to complete the three-year program with their duties here at the DBO.  Their commitment and hard work will no doubt allow them to contribute even more to the success of the DBO’s mission. 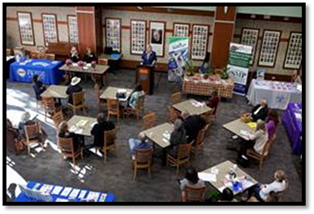 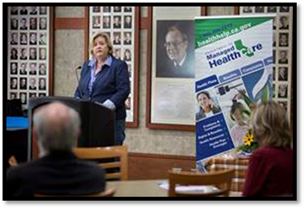 Although California lifted mandatory statewide water restrictions earlier this year, 60 percent of the state is still in a severe or extreme drought.  The recently concluded water year, which is used to measure precipitation totals, was officially classified as dry across the state even though parts of Northern California experienced average to slightly above-average precipitation in the past year, according to the California Department of Water Resources.

The water year begins Oct. 1 and ends Sept. 30, because part of the precipitation accumulating as snow in late fall and winter does not melt until the following spring or summer.  The end of the recent water year marks the fifth consecutive drought year for the state.  For more information on the drought and conservation programs, go to www.drought.ca.gov/ .

Luther Burbank Savings, to convert to state-chartered bank under the same name
Effected: 9/9/16