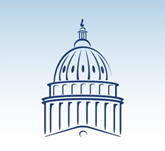 Highlights of 2016 State Chaptered Legislation (PDF) is now available at the DBO website.  This summary is a compendium of most, but not all, of enacted legislation that may affect or be of interest to DBO licensees.  There is a brief description of each bill and a link to the text of the chaptered legislation.

We hope you find the Highlights of 2016 State Chaptered Legislation (PDF) a useful tool.  We encourage any suggestions you may have to improve its value to you and your organization. 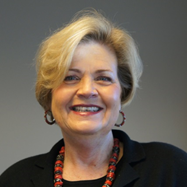 The decision upheld the issuance of a desist and refrain order against Pioneer Capital for unlawfully engaging in lending without a CFLL license.  Pioneer is engaged in the commercial lending business.  It solicits borrowers, evaluates their ability to repay loans, proposes loan terms, collects fees from borrowers and either makes or participates in decisions to extend credit.  Nevertheless, the firm argued it did not have to obtain a CFLL license because it does not actually self-fund loans, but instead attempts to secure funds from outside sources.  The Commissioner rejected that argument.

The Commissioner’s decision hinged on the interpretation of Financial Code section 22009.  For purposes of determining when a CFLL license is required, the section defines a finance lender as any person who “engages in the business of making consumer loans or making commercial loans.”  It goes on to specify that the business of making loans “may include lending money and taking … security …”

Pioneer argued the section should be interpreted to require a license only when the person funds loans and takes security.  In rejecting that argument, the Commissioner said use of the term “may” meant that lending money and taking security are “indicia” and not an exhaustive list of the factors that determine when a person is engaged in the business of making commercial loans.

Other activities that could factor into that determination, the Commissioner said, include the Pioneer’s lending-related activities.  The Commissioner also noted Financial Code section 22001 requires the CFLL to be liberally construed.

The case is In the Matter of the Desist and Refrain Order Against Financial Services Enterprises, dba Pioneer Capital (OAH No. 2016040551).  Enforcement Division counsel Charles Carriere was the DBO’s lead attorney in the case. 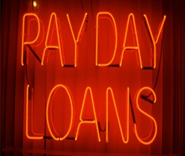 The DBO on Dec. 7 released a research brief that shows payday loan storefronts are concentrated in areas with higher family poverty rates than statewide ratios.

The DBO analyzed family poverty and other demographic data for the 627 zip codes where the state’s 1,948 licensed storefronts (main and branch offices) were located as of March 2016.  The data are five-year estimates from the U.S. Census Bureau’s 2014 American Community Survey.

Among the research brief’s significant findings:

DBO also issued a press release (PDF), along with the research brief and a spreadsheet that lists the locations of licensed payday storefronts referenced in the report.

The DBO began using the National Mortgage Licensing System (NMLS) to manage money transmitter licensees in January 2016.  The Commissioner encourages all licensees who have not filed a Transition Request in California to do so in the near future.  The NMLS enhances the DBO’s ability to supervise our licensees, as well as streamline the reporting process for them.

NMLS is a secure, web-based, nationwide licensing system that allows companies to apply for, update and renew their licenses in one or more states conveniently and safely.  Using NMLS allows the DBO to improve its operations and better supervise the money transmitter industry by linking to a central database shared with other states.

NMLS began operations on January 2, 2008.  Currently, 59 state agencies and six federal agencies use the system to accept and process license applications and registrations.

Currently, the DBO will allow all money transmitter licensees to have a complete record in NMLS and submit the record to the DBO for approval.  In addition, any company wishing to apply for a new money transmitter license may do so through NMLS.  The process by which a licensee officially joins the NMLS for purposes of California regulation is called a “Transition Request.”

More information can be found online at the NMLS Resource Center, at http://mortgage.nationwidelicensingsystem.org/Pages/default.aspx. 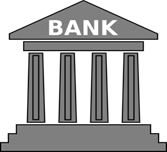 Banks Must Submit Lists of Offices by Dec. 31

Pursuant to Financial Code section 1077, all commercial banks, industrial banks and trust companies are required to file with the DBO a list of all offices they currently maintain and operate.

The report must specify the type of each office listed (branch or facility, head office, but not ATMs) and its complete address.

Please note:  This requirement does not apply to other Division of Financial Institutions licensees, e.g., credit unions and money transmitters.

Banks should submit the information to the DBO on or before Dec. 31.  Responses may be submitted by email to Licensing@dbo.ca.gov or by mail to:

The Commissioner has assessed all California insurance premium finance companies in order to fund the DBO’s administration of laws governing such firms.

The Commissioner makes the assessments pursuant to California Financial Code sections 18350, 18351 and 18352.

An invoice for the assessment on each institution was sent to each licensee.  The assessment must be paid in full by Dec. 20.

To pay by check, licensees should mail their payments to:

Premium finance companies wishing to pay by EFT should route their payments in the form of an ACH (CCD or CTX payment format) to the routing and account numbers below.  Please include the invoice number with each EFT payment.

Questions about assessments should be directed to Zankhana Mehta in the DBO Accounting Section at (916) 445-2284 or Zankhana.Mehta@dbo.ca.gov.

2017 registration renewal statements and fees for the Broker Dealer/Investment Adviser (BDIA) program are due by Dec. 16.

All registered firms may view and print their preliminary renewal statements through E-Bill on FINRA’s WebCRD/IARD system.  DBO sent out courtesy renewal reminders on Nov. 28.  Renewal fees are due for broker-dealers, investment advisers and exempt reporting advisers.

Full payment of each Preliminary Renewal Statement must be posted to a firm’s FINRA Renewal Account by Dec. 16.  Firms are encouraged to submit their payments no later than Dec. 13 in order for payment to post to renewal accounts by the deadline.  The renewal fees must be posted by the Dec. 16 deadline for the firm’s registration to remain in effect during calendar year 2017.

For more information on the 2017 renewal program for investment advisers and exempt reporting advisers, including a renewal calendar, payment methods and FAQs, visit the CRD/IARD website at https://www.iard.com/renewals.

For more information on the 2017 renewal program for broker-dealers, visit the CRD web site at http://www.finra.org/industry/renewal. 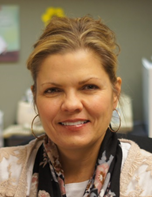 Suzanne Larsen, DBO’s Equal Employment Opportunity (EEO) Officer, has been appointed to the California Civil Rights Officers’ Council (CCROC) as a Steering Committee Member.  The position is a two-year term, beginning on January 1, 2017, and concluding at the end of December 2018.  The CCROC is a network of civil rights professionals committed to advancing equal employment opportunity in State government and serves as an advisory body to the State Personnel Board and California Department of Human Resources.

Urban Californians used 19.5 percent less water in October than they did in the same month of 2013, according to the latest conservation report issued by the State Water Resources Control Board.  The savings rate was up from 18.3 percent in September but down from 22.5 percent in October 2015, when state-mandated conservation targets were in place.  The Board stressed the need for continued conservation despite early rains in Northern California.

Since June 2015, 2.26 million acre-feet of water has been saved – enough water to supply more than 11 million people, or more than one-quarter of the state’s 38 million population, for a year.  For more information on the drought and conservation programs, go to www.drought.ca.gov/ .

Commerce Bank of Temecula Valley, Murrieta, to merge with and into AltaPacific Bank, Santa Rosa
Filed: 10/26/16

Security First Bank, Fresno, to merge with and into Suncrest Bank, Visalia
Approved: 11/4/16

First National Bank of Southern California, to convert to state-chartered bank under the name of C3 Bank
Withdrawn: 11/18/16