The 2016 California Residential Mortgage Lending Act (CRMLA) Annual Report forms are available now on the DBO website portal.  This year, the reports will be filed electronically through the portal.

The report must be filed no later than March 1.  The DBO will not grant extensions.  Missing the filing deadline may result in penalty assessments, and failure to file the annual report constitutes grounds for license revocation.

The DBO strongly recommends licensees start work on completing their reports as soon as possible to allow themselves enough time to resolve any difficulties and still meet the Mar. 1 filing deadline.

The link to the DBO portal account is at https://docqnet.dbo.ca.gov.  Email CRMLA.inquiries@dbo.ca.gov with any questions.

The 2016 Escrow Annual Liability Report forms are available now on the DBO website portal.  This year, the reports will be filed electronically through the portal.  Please follow the instructions contained in the report for correctly entering data, saving content, resuming input and filing the report.  The programming has changed from last year.

The DBO strongly recommends licensees immediately start the data input process to ensure they can timely file their 2016 escrow liability report.  The report must be filed no later than Feb. 15.

The DBO will not grant extensions beyond the Feb 15 deadline.  Missing the filing deadline may result in penalty assessments, and failure to file the annual report constitutes grounds for license revocation.

The link to the DBO portal account is at https://docqnet.dbo.ca.gov.  Email Escrow.inquiries@dbo.ca.gov with any questions. 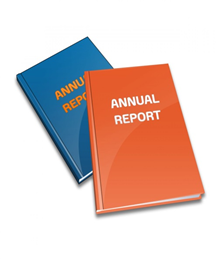 Both the CFLL Annual Report and the CDDTL Annual Report and Industry Survey must be filed with the DBO no later than Mar. 15.  The DBO strongly recommends licensees start work on completing their reports as soon as possible to allow themselves enough time to resolve any difficulties and still meet the Mar. 15 filing deadline.

As a reminder to CDDTL licensees, both the Annual Report and Industry Survey are mandatory.

Once the report forms and instructions are available, here’s where to direct questions: 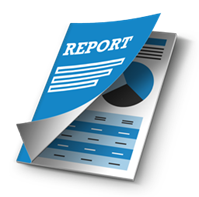 Year-end financial reports are due to the DBO for the following financial institution licensee types and reporting entities.

All reports are due on Jan. 31, except as noted below:

The DBO emailed reminders with instructions on the preparation and filing of the reports to licensees and reporting institutions.

Please contact Patrick Carroll at (415) 263-8559 or patrick.carroll@dbo.ca.gov if you did not receive a reminder or have any questions.

Commissioner of Business Oversight Jan Lynn Owen invites licensed escrow companies to attend an industry roundtable discussion at the DBO offices in Sacramento on Feb. 2.  The meeting is intended to promote a discussion of issues of mutual interest to the DBO and its licensees.

To suggest agenda items for the meeting, contact Chuck Lilly, Deputy Commissioner for Financial Services, at (213) 576-7554 or Charles.Lilly@dbo.ca.gov. If you plan to attend, please RSVP directly to Shirley Tang at (213) 576-7529 or Shirley.Tang@dbo.ca.gov.

The FFIEC is an interagency group of federal financial regulators, including the Board of the Federal Reserve System, the Federal Deposit Insurance Corporation, the National Credit Union Administration, the Office of the Comptroller of the Currency and the Consumer Financial Protection Bureau.

The new streamlined Call Report (FFIEC 051) reduces the existing format from 85 to 61 pages and the number of data entry items by 40 percent.

The changes will apply to financial institutions with domestic offices only and less than $1 billion of total assets, which accounts for approximately 90 percent of all institutions required to file.  Eligible institutions may begin filing the streamlined reports on March 31, 2017.

Due in large part to recent storms, the share of California no longer suffering drought conditions increased to 41.8 percent as of Jan. 10, up dramatically from 2.7 percent the same day in 2016, according to a report issued Jan. 12 by the U.S. Drought Monitor.  The new number also was significantly higher than three months ago, when the state’s non-drought area totaled 16.4 percent.

Meanwhile, urban Californians reduced their water consumption by 18.8 percent in November compared to the same month in 2013.  That’s according to the latest conservation report issued by the State Water Resources Control Board.

The cumulative statewide savings from June 2015 through November 2016 was 22.6 percent compared with the same months in 2013.  The report stressed that, despite recent storms which have caused reservoir levels to rise, the Department of Water Resources’ January survey of statewide snowpack showed the snowpack water content is below average.

Since June 2015, Californians have saved 2.35 million acre-feet of water.  That’s enough –to supply more than 11 million people, or more than one-quarter the state’s population, for a year.  For more information on the drought and conservation programs, go to www.drought.ca.gov/.

Security First Bank, Fresno, to merge with and into Suncrest Bank, Visalia
Effected: 12/16/16