The DBO on Feb. 17 announced a $225 million settlement with Ocwen Loan Servicing, LLC, which requires the firm to pay $20 million in cash for borrower restitution while restoring Ocwen’s ability to service new California mortgages.  Ocwen is a large mortgage lender and servicer licensed and regulated by the DBO under the California Residential Mortgage Lending Act.

“This is a fair and just settlement for California consumers,” said DBO Commissioner Jan Lynn Owen.  “The terms will hold Ocwen accountable for widespread violations of laws that harmed borrowers in our state.”

In addition to the restitution, the settlement requires Ocwen to pay penalties and provide borrowers $198 million of debt forgiveness over three years.  The debt forgiveness will be provided through loan modifications.

The settlement resolves allegations arising from regulatory examinations of Ocwen’s servicing practices, and its compliance with state and federal laws and regulations.  The examinations were conducted by a third-party auditor pursuant to a Jan. 23, 2015, consent order entered by the DBO and Ocwen that resolved a previous enforcement action brought by the DBO.

The Feb. 17 DBO press release (PDF) and settlement are available on the DBO website. 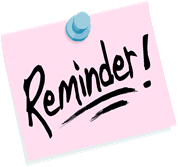 The 2016 calendar year annual report for licensees under the California Finance Lenders Law (CFLL) must be submitted to the DBO no later than Mar. 15.  Missing the filing deadline may result in penalty assessments, and failure to file the annual report constitutes grounds for license revocation.   No extensions will be granted.

Filling out and submitting the report is a web-based process that must be completed on the DBO’s website via the self-service portal.  Licensees who have not registered through DOCQNET should do so immediately here.

All California Deferred Deposit Transaction Law (CDDTL) licensees must submit to the DBO a complete Annual Report and Industry Survey for calendar year 2016 no later than Mar. 15.

The Annual Report and Industry Survey are required by California Financial Code sections 23026 and 23015.  They help the DBO monitor and assess the state’s payday lending industry.

Questions about the Annual Report and Industry Survey should be emailed to RespondToCDDTL@dbo.ca.gov. 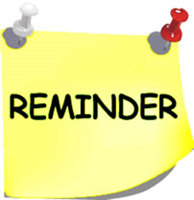 The calendar year 2016 annual report for CFLL licensees participating in the Increased Access to Responsible Small Dollar Loan (RSDL) pilot program must be submitted to the DBO no later than Mar. 15.  No extensions will be granted.

The report is in Excel spreadsheet format, and can be downloaded via a link upon signing into the DBO self-service portal.  The report is not available in paper format.   Customer survey questions no longer are part of the RSDL reporting. 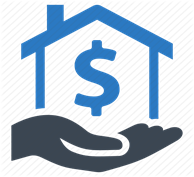 The Holden Act Report must be filed by all State-licensed residential mortgage lenders that do not report the data to a federal or State regulatory agency as provided by the Home Mortgage Disclosure Act of 1975.

Licensees should consult with their internal compliance officers regarding whether they are required to file the report.  Instructions and reporting forms may be found at the DBO website here (PDF).

Completed reports may be scanned and emailed on or before Mar. 31 to Holden.Inquiries@dbo.ca.gov.  Information regarding the report may be obtained by calling (866) 275-2677. 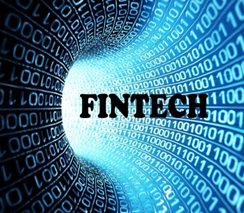 Commissioner Owen and DBO staff will meet with fintech industry representatives Mar. 22 in San Francisco to discuss the industry’s concerns with the 50-state regulatory system and how best to address those concerns.

Fintech attendees will include online platforms that have participated in the DBO’s inquiry into the online lending sector, as well as trade groups representing both lenders and electronic transaction firms.  Commissioner Owen hopes to come away from the roundtable with ideas that can form the basis of discussions with her colleagues at the Conference of State Bank Supervisors about potential changes to the state regulatory system.

The meeting comes against the backdrop of the U.S. Office of the Comptroller of the Currency’s Dec. 2 decision to move forward with a national special purpose charter for fintech companies. 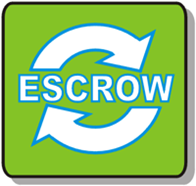 The next Escrow Law Advisory Committee meeting will be held Mar. 14 at 10 a.m. in the seventh floor conference room at the DBO’s Los Angeles office, located at 320 West Fourth Street.

The agenda (PDF) for the next meeting and the minutes (PDF) from the Dec. 13 meeting are available at the DBO website escrow law page.

Please contact Special Administrator Richard Malme in the Los Angeles office at (213) 576-7595 if you have any questions.

Following a season of exceptional snow storms, the Sierra Nevada snowpack is at historically high levels, according to State water officials.  The average snowpack across the range was at 185% of the normal size for March 1.  The snowpack is source of a third of California’s drinking water.

Meanwhile, the U.S. Drought Monitor has reported that, as of the end of February, 75% of the state is no longer in drought conditions, although some parts of central and southern California remain so.

For more information on the drought and conservation programs, go to www.drought.ca.gov/.

Governor and Company of the Bank of Ireland, The
300 Spectrum Center Drive, Irvine (Representative Office)
Opened: 2/13/17