Eric Davies has been named Special Administrator for the Department of Business Oversight’s (DBO) California Finance Lenders Law (CFLL) program.  The promotion took effect Mar. 13.  Eric previously served as supervising examiner for the DBO’s Division of Corporations.  He has been with the DBO for 30 years, and has spent the majority of that time working with the CFLL.

Eric has served on DBO’s Management Call Report committee where he helped develop the current mortgage call report.  He also helped develop the California-state-specific test questions for mortgage loan originators.  Eric graduated from California State University, San Diego with a degree in accounting and earned his CPA license while working at the DBO. 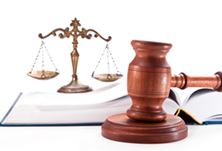 DBO posted a productive and successful 2016 for enforcement of the laws it administers.  DBO collected nearly $2.9 million in restitution for consumers compared to $920,000 in 2015. Other highlights: 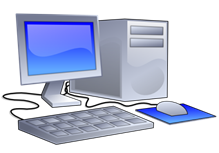 IT System Survey for Banks and Credit Unions Available Apr. 17

The DBO on Apr. 17 will email its biennial IT survey to all banks and credit unions.  Emails will be sent to each institution’s designated email address in accordance with the Commissioner’s Order on Electronic Communications (PDF).

The email will contain information on accessing and submitting the electronic 2017 IT Systems Survey.  The purpose of the biennial survey is to help the DBO determine the level of each licensee’s IT risk, and prepare for its examinations.  Licensees are required to submit the survey pursuant to Financial Code section 455.  Responses will be kept confidential and used only in the examination process.

All surveys will be due May 19.  If you have questions regarding the survey, contact Senior IT Examiner Robert J. Lipot at robert.lipot@dbo.ca.gov, or Senior Financial Institutions Examiner Rochelle Rapada at rochelle.rapada@dbo.ca.gov.  For email or technical issues contact survey@dbo.ca.gov.

The DBO has noticed modifications to proposed regulations that would implement a new exemption for finders from the broker-dealer requirements under the Corporate Securities Law of 1968.  The exemption was created by statute in 2015 (Assembly Bill 667, Wagner).

A copy of the Notice of Modification and 15-Day text can be found on the DBO’s website here.  The deadline to submit comments is Apr. 14.  Comments may be emailed to regulations@dbo.ca.gov. 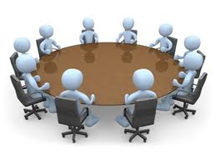 The purpose of the meeting is to discuss issues of mutual interest to licensees and the DBO.

To suggest agenda items, or to ask questions regarding the meeting, contact Deputy Commissioner Chuck Lilly at (213) 576-7554 or Charles.Lilly@dbo.ca.gov.  If you plan to attend, please RSVP directly to Lizzett Gamez at (213) 576-7662 or Lizzett.Gamez@dbo.ca.gov. 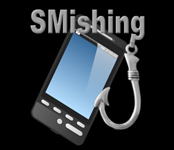 CYBER-ALERT: Smishing Attacks Are On The Rise

“Smishing” (SMS phishing) is a text messaging scam that has been on the rise, according to cybersecurity experts.  Smishing is similar to older email “phishing” scams and the bottom line is identity theft.

A smishing attack uses a text message to trick an unsuspecting target into divulging valuable information, such as an account or card number, card expiration date, password/pin, Social Security number and the like.  Once obtained, attackers can use the information to generate, among other things, counterfeit ATM cards.  It can take as little as one hour from the time the information is obtained for an attacker to conduct a fraudulent cash withdrawal.

Financial institutions can help fight this cyber threat in the following ways:

More information on smishing and cybersecurity can be found on the Federal Financial Institutions Examination Council’s (FFIEC) website.

The EGRPA requires a review of regulations at least once every 10 years.  The report was produced by FFIEC members, including: the Office of the Comptroller of the Currency; the Board of Governors of the Federal Reserve System; the Federal Deposit Insurance Corporation; and the National Credit Union Administration.

The report specifies several joint efforts of FFIEC members, including initiatives to:

Less Than 10% of State Remains in Drought Conditions

The U.S. Drought Monitor has reported that, as of the end of March, less than 10% of the state remains in drought conditions, although some parts of central and southern California remain abnormally dry.

Meanwhile, the winter storms of 2016-17 have resulted in one of the largest Sierra Nevada snowpacks in California history, according to State water officials.  The snowpack across the range is the largest since 2011 and the seventh-deepest since 1950.  The snowpack is source of a third of California’s drinking water.  For more information on the drought and conservation programs, go to www.drought.ca.gov/.

The April 2017 Monthly Bulletin covers the month ended March 31, 2017. It is issued pursuant to Financial Code section 376. The Monthly Bulletin is available without charge via e-mail. To subscribe, go to: https://dfpi.ca.gov/Resources/subscription.asp.