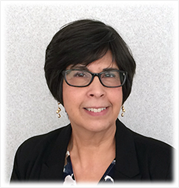 The DBO has lost a valued and cherished member of its family.  Our former colleague Louisa A. Broudy passed away on April 14 in Burbank, California, after a long struggle with cancer.  She was 61.

Born in Gilroy in 1955, Louisa was the middle daughter of Guadalupe and Sarah Aceves of Gilroy.  Louisa attended San Jose State University where she met her husband Steve in 1974.  They married in 1979 and settled down in Studio City.

Louisa joined the Department of Corporations in 1977 rising through the ranks and helping transition the DOC to the new Department of Business Oversight.  She retired from DBO in 2015 after a distinguished career spanning more than 37 years.  In her last DBO position, she served as Deputy Commissioner for the Department’s Mortgage Lending Office (MLO).

Louisa was responsible for the former DOC’s successful implementation of Senate Bill 36, which brought California into conformance with the federal Safe and Fair Enforcement for Mortgage Licensing Act of 2008 also known as the SAFE Act.  A key part of the law was participation in the Nationwide Mortgage Licensing System (NMLS).

Money Service Business Call Report Due to NMLS by May 15

Starting with the first quarter call reports for calendar year 2017, money transmitter licensees that have transitioned to the Nationwide Mortgage Licensing System (NMLS) for California must file the NMLS Money Services Business (MSB) Call Report directly through the NMLS.

The first quarter call report is due by May 15, 2017.  In addition, licensees must continue to submit financial information that is not reported on the NMLS MSB Call Report directly with the DBO through our California Call Report. 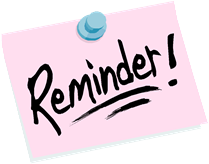 IT System Survey for Banks and Credit Unions Due May 19

The DBO in April emailed its biennial IT survey to all banks’ and credit unions’ designated email address in accordance with the Commissioner’s Order on Electronic Communications (PDF).

The email contained information on accessing and submitting the electronic 2017 IT Systems Survey.  The purpose of the survey is to help the DBO determine the level of each licensee’s IT risk, and prepare for its examinations.

Licensees are required to submit the survey pursuant to Financial Code section 455.  Responses will be kept confidential and used only in the examination process.

All surveys are due May 19.  If you have questions, contact Senior IT Examiner Robert J. Lipot at robert.lipot@dbo.ca.gov, or Senior Financial Institutions Examiner Rochelle Rapada at rochelle.rapada@dbo.ca.gov.  For email or technical issues contact survey@dbo.ca.gov. 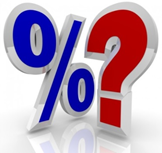 To assist licensees with compliance for purposes of regulatory examinations administered by the DBO, the Commissioner on May 4 issued revised Release No. 58-FS, entitled “Evidence of Compliance with Financial Code Section 50204, Subdivision (o): Per Diem Interest.”

The revised release is intended to assist licensees in identifying what other documents, records, information, data, or other forms of verification contained in loan files could serve as evidence of a licensee’s compliance with the per diem statute during a routine regulatory examination by the DBO. 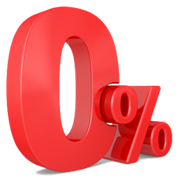 The Legislature and Governor in 2014 enacted a statute that allows certain nonprofit organizations to originate consumer loans from $250 to $2,499 without having to comply with the California Finance Lenders Law (SB 896, Correa). The law, found in Financial Code section 22066, took effect on January 1, 2015.

To gain the exemption, nonprofits must be organized under section 501(c)(3) of the Internal Revenue Code. The consumer loans they originate must meet certain requirements.  The statute has no income eligibility requirements for borrowers.

Exempt nonprofit organizations are required to file annual reports with the Commissioner of the DBO that detail their lending activities under the program.

Financial Code section 22067 requires the Commissioner, on or before July 1 of each year, to post a report on the DBO website that summarizes the information provided in the annual reports.  The 2016”Report of Activity of Nonprofit Organizations Facilitating Zero-Interest Consumer Loans” report is now posted. 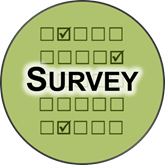 State bank supervisors in coordination with the Federal Reserve are planning the fifth annual Community Banking in the 21st Century research and policy conference in St. Louis, Missouri.  The goal of the conference is to encourage research on community banking.  This research is a critical component to improving public policy as it relates to community banks and local communities.

For last year’s conference, state regulators conducted a nationwide survey that drew responses from more than 550 community banks.  The results of the survey and the commissioner-to-banker outreach meetings are highlighted in a publication released during the conference.  The 2016 report can be downloaded here.

The National Survey for 2017 is now live.  The purpose of the survey is to give researchers and policy makers an opportunity to hear directly from community banks on a range of important topics.

Eligible banks should only need 30 minutes to complete the 2017 survey, which is available at: https://sri.cornell.edu/CB21/2017/. 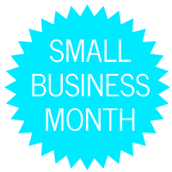 May Is Small Business Month

As part of the observance, the Governor’s Office of Business and Economic Development (GO-Biz) is hosting a series of small business forums and webinars for the benefit of our small business community.

This month the state is launching the new Jump Start program, which will make direct loans of $500 to $10,000 to small business owners that need financing to get to the next milestone and continue on a path toward success.  The Jump Start program officially launched on May 9 and is administered by the California Infrastructure and Economic Development Bank (IBank) within GO-Biz.

Following unprecedented water conservation and plentiful winter rain and snow, Governor Edmund G. Brown Jr. on Apr. 7 ended the drought state of emergency in most of California, while maintaining water reporting requirements and many prohibitions on wasteful practices.

Executive Order B-40-17 lifts the drought emergency in all counties except Fresno, Kings, Tulare and Tuolumne, where emergency drinking water projects will continue to address diminished groundwater supplies.  The order extends many water conservation provisions from previous orders, such as watering during or right after rainfall.

Californians responded to the drought with tremendous levels of water conservation, including a nearly 25 percent average reduction in urban water use across the state.  For more information on the drought and conservation programs, go to www.drought.ca.gov/.

Commerce Bank of Temecula Valley, Murrieta, to merge with and into AltaPacific Bank, Santa Rosa
Withdrawn: 4/18/17

The May 2017 Monthly Bulletin covers the month ended April 30, 2017. It is issued pursuant to Financial Code section 376.