Joni Kimbrell has been selected as the new Department of Business Oversight (DBO) Chief Examiner for the Office of Credit Unions, effective June 12.

Joni joined the former Department of Corporations in 1989 as an Auditor 1 in the Financial Services Division.  She continued to work exclusively with Credit Unions and was promoted to Financial Institutions Manager in 1999.   Joni graduated from San Diego State University with a degree in business administration and is a certified public accountant.

Miriam joined the Department of Corporations in 2005 and has served in various capacities including BDIA exam/complaint specialist and enforcement examiner.  For 12 years, she has worked on and supervised numerous cases involving securities schemes, investment adviser and broker-dealer frauds.  Miriam received a Master of Business Administration degree from California State University, Los Angeles.  She is also a certified public accountant.

The DBO has mailed annual assessment invoices for FY 2017-18 to state-chartered banks and credit unions and other financial institutions.

Assessments are due July 31, with more time allowed for payments made via electronic funds transfers (EFT).

Following is assessment information for various types of financial institutions:

Commercial Banks, Foreign Banks and Trust Companies:  The base rate was set at $1.39 per $1,000 of assets, the same as last year’s rate.  Invoices were mailed on June 30.  Non-EFT payments are due by July 31.  Electronic payments are due no later than August 7.

Money Transmitters:  The 2017-18 assessment rate was set at $0.02 per $1,000 of money received for transmission by a licensee in calendar year 2015.  That’s an increase of $0.01 from last year’s rate.  The 2017-18 assessment rate for issuers of travelers checks and payment instruments was set at $0.63 per $1,000 of total payment instruments and stored value sold by the licensee, the same as last year’s rate.  Invoices were mailed on June 30.  Non-EFT payments are due by July 31.  Electronic payments are due no later than August 7.

More information about the assessment calculations for non-money transmitter institutions can be found on the DBO website’s Assessment Calculator page.

The DBO administers and enforces the Corporate Securities Law of 1968, under which the DBO regulates broker-dealers registered in California and the offer and sale of securities (e.g., stocks and bonds) to the public.  Broker-dealers are prohibited from engaging in securities transactions unless they are registered or exempt from registration.

The Commissioner of Business Oversight has adopted Sections 260.211.4, 260.211.5, 260.211.6 and 260.211.7 to Title 10 of the California Code of Regulations, to implement a new exemption for finders from the broker-dealer provisions of the Corporate Securities Law.  This action was filed with the Secretary of State and became effective on June 21, 2017.

This rulemaking implements the provisions of Assembly Bill (AB) 667, which created a new exemption from the broker-dealer requirements for finders – individuals who, for compensation, introduce potential investors and issuers of securities to each other.  AB 667 also established a separate regulatory structure for finders to be administered by the DBO.  Individuals seeking exemption from the broker-dealer requirements as a finder must meet the statutory definition of a finder and comply with certain conditions.

Specifically, the rulemaking adopts the Statement of Information form to enable individuals to file for the exemption, and other regulatory requirements consistent with the legislative intent of AB 667. 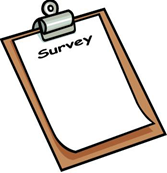 The DBO is collecting data from state-chartered bank licensees, national banks and federal savings banks for the 40th Annual Executive Officer and Director Compensation Survey.  The report will provide data as of June 30, 2017.

DBO bank licensees will receive an email at their designated email address with a unique link to a secure website where they can complete the survey online.  In past surveys, the emails were sent by a web-based software called WorldApp; however, the sender’s email address had a dbo.ca.gov domain name.  Increasingly, this resulted in survey emails not being delivered to intended recipients.

National banks and federal savings banks will receive a letter with instructions on how to participate.  Results are available for the 39th Annual Executive Officer and Director Compensation Survey, as of June 30, 2016. 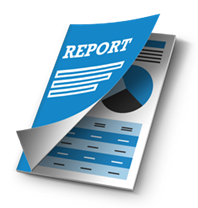 Pursuant to legislation enacted in 2013, the Pilot Program for Increased Access to Responsible Small Dollar Loans (RSDL) has now been in operation for more than three years.  The Pilot Program was designed to provide an alternative to deferred deposit transactions, or payday loans, and other more expensive forms of consumer credit.

As required by the authorizing legislation, the DBO has published a report (PDF) containing detailed information gathered earlier this year from the lenders who participate in the Pilot Program.

If you have questions or comments about the report, please contact Charles Agbonkpolor, examination manager, at (213) 576-7611, or Charles.Agbonkpolor@dbo.ca.gov.

Starting in September, there will be three openings on the Escrow Advisory Committee.  The positions must be filled by representatives from a medium-size escrow company, an escrow company that has a business specialization, and an attorney who has escrow agent clients.

Appointed members serve for two years without compensation or reimbursement for expenses.  The Committee meets quarterly at the Department’s 4th Street Los Angeles office.  The next meeting is tentatively scheduled for Tuesday, September 12, 2017.

Licensed escrow agents and qualifying attorneys who meet the criteria for one of the openings are encouraged to apply by sending a letter of qualifications and/or resume to the attention of Kathleen Partin at the Department of Business Oversight, 320 West 4th Street, Suite 750, Los Angeles, California 90013.  The deadline for submissions is July 21, 2017.  Questions should be directed to Ms. Partin at (213) 576-7595 or Kathleen.Partin@dbo.ca.gov.

The Conference of State Bank Supervisors has issued three annual reports highlighting the state of non-bank supervision in the U.S.  The reports were developed collaboratively by state agencies participating on the State Coordinating Committee, the Multi-State Mortgage Committee, and the Multi-State Money Services Business (MSB) Examination Taskforce, which are each charged with coordinating the supervision of multi-state, non-depository financial services providers.

The reports provide significant insight into the non-bank financial market, as well as advancements among state regulators to oversee multi-state non-depository industries.

The Multi-State MSB Examination Taskforce (MMET) is the coordinating body responsible for multi-state MSB supervision. Highlights from the MMET 2016 Annual Report (PDF) include:

The Multi-State Mortgage Committee (MMC) is the main multi-state coordinating body for the state system of mortgage supervision.  The MCC 2016 Annual Report details: 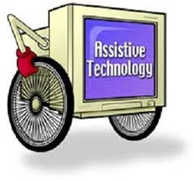 The California Department of Rehabilitation (DOR) is seeking to identify financial institutions, including community-based nonprofits authorized to function as a financial institution, that are interested in partnering to implement state-funded Assistive Technology and Transportation Loan Guarantee programs.

The DOR has issued a Request for Information (RFI), which is not a commitment of funding, but will help the DOR develop a contracting process with one or more financial institutions to offer Californians with disabilities low-interest loans for assistive technologies, including modified vehicles.  Dedicated funding to guarantee 2 percent loans is held by the State Treasurer’s Office on behalf of the DOR.  By responding to this RFI, financial institutions will be added to a distribution list of interested parties.

The last day to submit a response is July 31.

The Conference of State Bank Supervisors (CSBS) is seeking representatives from the financial technology sector who wish to serve on a new advisory panel with state regulators.

To apply for a position on the CSBS Fintech Industry Advisory Panel, log onto this online portal and provide a statement of interest along with basic information about your company by Friday, July 14th.  Panel members will be selected after a short review by state regulators.

The advisory panel will discuss existing pain points in multi-state licensing and supervision, brainstorm possible solutions, and provide feedback to ongoing state initiatives. The first meeting is expected to be held this fall.

The advisory panel is one part of CSBS’ Vision 2020, a series of initiatives designed to forge an integrated, 50-state licensing and supervision system that removes friction experienced by fintechs, while ensuring safety and soundness and strong consumer protections.  CSBS seeks representatives from a range of industries, including but not limited to money services businesses, consumer credit providers, mortgage loan originators, debt collectors, bank services companies, and banks.  More information about the advisory panel is available here.

Ojai Community Bank, Ojai, to merge with and into Bank of the Sierra, Porterville
Filed: 5/30/17