The DBO lost a longtime colleague, mentor and friend when former Chief State Examiner David Scott passed away on August 12 in Cerritos, California.  He was 68.

Dave had a 32-year career that included significant contributions to the success of the Department and the integrity and stability of California’s financial services industry.  He joined the California State Banking Department in 1972 as a junior examiner, progressed rapidly and was promoted to Chief State Bank Examiner in 1996. He retired in 2004 and was honored with a “Lifetime Achievement Award” in recognition of his passion for professionalism and expertise in banking. He earned a bachelor’s degree in accounting from California State University, Northridge and graduated from the Pacific Coast Banking School.

Dave was an avid reader, enthusiastic fisherman and a talented bowler. Most important, he was loved by his family and friends. He is survived by his wife, Florence Scott, who was a Division of Financial Institutions examiner, two stepdaughters, Heather and Joy, and their families. The prayers and thoughts of the entire DBO family go out to all of Dave’s family and friends. 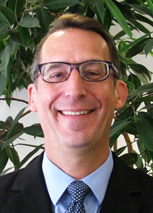 Mike Miller has joined the DBO as the new Deputy Commissioner for the Administrative Services Division.  Mike comes to the DBO from the Department of Motor Vehicles where he had worked since 2005.

At the DMV, Mike held a number of unique positions, serving in its media relations office, Executive Division, and as a project manager on the DMV’s first Voice over Internet Protocol phone system, a redesign of the department’s intranet and the creation of its YouTube channel.

Most recently, Mike served as the Assistant Division Chief for Registration Operations where he handled the budget, contracts and procurement, HR issues, facilities, and internal training and coaching programs.

Before joining the DMV, Mike was a senior writer and producer for KCRA Channel 3 News in Sacramento and other news stations throughout the West, and ran his own personal chef service business for five years. 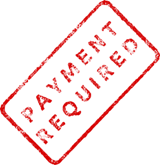 Pursuant to Government Code section 53667, the Commissioner annually assesses all California depository institutions that hold deposits of local agencies.  The assessments fund the DBO’s administration of the laws relating to the Local Agency Security Program.

Invoices will be mailed to depository institutions on or about Sept. 29.

The assessment base rate was set at 0.0027% of average local agency deposits for fiscal year 2015-16, unchanged from the prior fiscal year.

Depository institutions must pay their assessment no later than Oct. 30.  Questions should be directed to Patrick Carroll at 415-263-8559 or patrick.carroll@dbo.ca.gov.

Disasters don’t plan ahead, but you can.  We are all able to help first responders by practicing how to respond during an emergency and what to do when disaster strikes. The goal of NPM is to increase the overall number of individuals, families, and communities that engage in preparedness actions at home, work, business, school, and places of worship.

Visit the National Preparedness Month website at www.ready.gov/september to learn how you can get ahead and stay ahead.

On August 31, 2017 and September 1, 2017, Governor Edmund G. Brown, Jr. proclaimed that states of emergency existed in Trinity and Butte counties as a result of the Helena and Ponderosa fires, which burned thousands of acres, destroyed homes, and forced the evacuation of residents.  The fires also damaged and threatened critical infrastructure, including power lines, and forced the closure of roadways.

Consequently, Commissioner of Business Oversight Jan Lynn Owen determined that an extraordinary situation exists in Trinity County and Butte County and issued a proclamation (PDF) authorizing state-chartered banks to close any or all of their offices in affected areas until the Commissioner determines the extraordinary condition has ended. 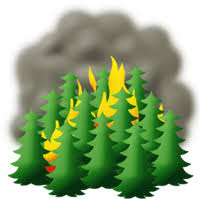 The Industry Outreach program was developed to enhance communication between the FFIEC and financial institutions, trade associations, third-party service providers, consultants, and other interested parties. To learn more about the program, or sign up for FFIEC email updates, visit https://industryoutreach.ffiec.gov. 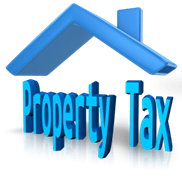 The State Controller’s Property Tax Postponement (PTP) program allows homeowners who are seniors, blind or have a disability to defer current-year property taxes on their principal residence.  Homeowners must meet certain criteria including having at least 40 percent equity in their home and an annual household income of $35,500 or less to qualify.

Applications are available online and may be filed with the State Controller’s office beginning Oct. 1.

For additional more information, contact Natalie Sidarous of the State Controller’s office at (916) 322-7453 or nsidarous@sco.ca.gov.

Ojai Community Bank, Ojai, to merge with and into Bank of the Sierra, Porterville
Approved: 8/24/17