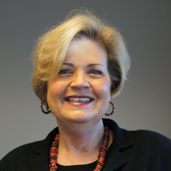 Jan Lynn Owen was appointed the first Commissioner of the Department of Financial Protection and Innovation by Governor Edmund G. Brown Jr. on July 1, 2013, the day the Department was created in a merger of the departments of Corporations and Financial Institutions.

Previously, Ms. Owen served as Commissioner of Corporations, appointed by Governor Brown in 2011. Prior to that, she was the principal at The Jan Owen Group, a strategic initiatives manager at Apple Inc., vice president of government affairs at JP Morgan Chase, state director of government and industry affairs at Washington Mutual Inc., and executive director of the California Mortgage Bankers Association.

Ms. Owen also has extensive public service experience. She was acting commissioner of the Department of Financial Institutions from 1999 to 2000, and deputy commissioner from 1996 to 1999. Ms. Owen also served as the first executive director of the Department of Insurance’s California Organized Investment Network (COIN) program after several years as a consultant to the state Senate Banking Committee.

Ms. Owen is also a proud alumna of California State University, Fresno, where she earned her degree in Economics.