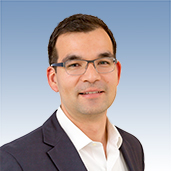 Manuel P. Alvarez was appointed Commissioner of the California Department of Business Oversight by Governor Gavin Newsom on March 28, 2019. He was sworn in on May 13, 2019. He led the department in its transition to the Department of Financial Protection and Innovation (DFPI) with the signing of AB 1864 by Governor Newsom on September 25, 2020, and currently presides as its Commissioner.

Mr. Alvarez had been general counsel, chief compliance officer and corporate secretary at Affirm Inc. since 2014. Earlier, he was an enforcement attorney at the Consumer Financial Protection Bureau from 2011 to 2014, a deputy attorney general at the California Department of Justice, Office of the Attorney General from 2010 to 2011 and an associate at Dentons LLP from 2007 to 2010. Mr. Alvarez earned a Juris Doctor degree from the University of California, Hastings College of the Law.