About Diversity, Equity, and Inclusion at DFPI

“California doesn’t succeed in spite of our diversity – our state succeeds because of it.”

California is a state of great diversity – in geography, racial and ethnic representation, sexual orientation and gender identity, professional experience, and disability status. The DFPI is committed to building a workforce that reflects our state’s rich diversity and increases representational equity through internal engagement and external outreach. This page highlights some of the DFPI’s efforts and initiatives. 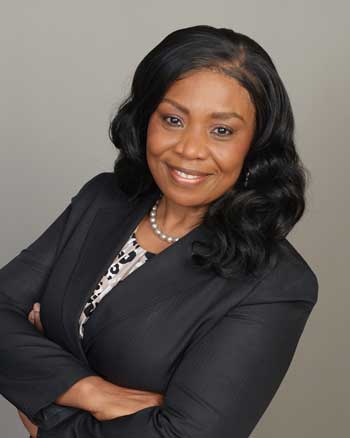 Uche is Senior Counsel in the Enforcement Division.  Her legal career began in England, where she trained as a solicitor after completing law studies at Brunel University in Middlesex and at the College of Law, Chancery Lane in London. Uche spent most of her adolescence in the “West End” of London, thousands of miles away from her parents and siblings who were living in Nigeria at the time.

“Being alone in a foreign land [meant] I had to quickly make friends and get accustomed to the culture,” she said.  Uche joined the International Students House, a residential and cultural center for international and British students living in central London. One of the cultural activities that Uche particularly enjoyed was learning traditional Scottish “Ceilidh” dancing.

Uche moved to the United States in the late nineties after meeting her husband. She is proud to have been sworn in as a California lawyer by the late Judge Vaino Hassan Spencer, the first Black woman appointed to a judgeship in California. Early in her practice, Uche worked in large and mid-sized law firms and at the Department of Justice in Los Angeles. In 2006, Uche joined the Department of Corporations (now the DFPI) and has since served in the Enforcement Division.

Uche was lead counsel in People v. Miami Nation Enterprises (2016) 386 P.3d 357 — a landmark tribal sovereignty case that resulted in a published Supreme Court opinion. She also represented the department in the appeal of a corporate securities case (People v. O’Neal (2009) 179 Cal.App.4th 1494). Uche is a member of the state bars of California, New York, the District of Columbia, and Nevada (Pro Hac Vice). She also serves on the NASAA Enforcement Oil/Gas Joint Ventures Project Group and the State and Federal Joint Task Force on Tribal Lending.

When she is not performing legal duties, Uche volunteers at nonprofit organizations that provide housing, food, and other necessities to underprivileged families, orphans, and sex trafficking survivors. Uche enjoys refereeing and coaching recreational soccer for youths from underserved neighborhoods across Los Angeles.

FOR MORE INFORMATION:  Please send questions or comments about diversity, equity, and inclusion at the DFPI to DEI@dfpi.ca.gov or contact the department’s Special Counsel on Diversity, Equity & Inclusion at Miranda.LeKander@dfpi.ca.gov or (916) 576-4901.