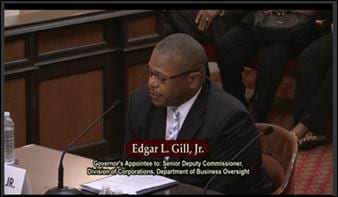 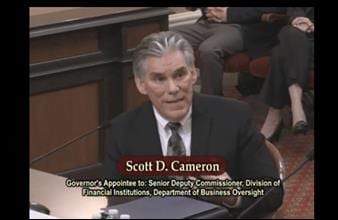 Scott Cameron on May 4 won the Committee’s backing as Senior Deputy Commissioner for the Division of Financial Institutions. The Committee sent its recommendations to the Senate floor, where confirmation votes likely will be held sometime in May. 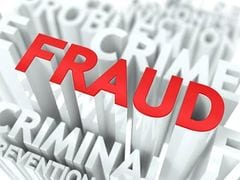 The DBO has obtained a $20 million settlement in a lawsuit brought last September against a securities fraud operation centered in San Bernardino County. Paul R. Mata, the ringleader, created and ran the defendant business entities, including: Logos Wealth Advisors, Logos Management Group, Logos Lifetime Enterprises, Logos Real Estate Holdings, Secured Capital Investments, LLC, Renaissance Management, LLC, and World Gardens Café.  David Francis Kayatta and Mario Pincheira worked for Mata and are also defendants. Under a stipulated judgment entered in San Bernardino Superior Court signed May 2, the defendants will pay $14 million of restitution to defrauded investors and about $6.35 million in civil penalties.  In addition, Kayatta and Pincheira will disgorge $472,598 of ill-gotten gains from their participation in the unlawful activities (Kayatta $320,343 and Pincheira $152,255).  The disgorged funds will be allocated to the investor restitution. The judgment also permanently bars Mata from working as a broker-dealer or investment adviser in California. The fraudulent scheme victimized about 100 investors, a significant share residing in San Bernardino and Riverside counties. Mata operated the long-running scam, which dates back to 2007, out of Rancho Cucamonga.  In stipulating to the judgment, Mata admitted to numerous violations.  Among the most significant: running a Ponzi scheme and failing to disclose that new investor funds were used to pay existing investors; failing to disclose that investor funds were used to pay off a credit card used by Mata, Kayatta and Pincheira to fund both personal and business expenses; failing to tell investors that money they put into one Mata business were used to provide loans to other Mata-run enterprises; and failing to tell investors about past disciplinary actions by state and federal securities regulators.

The DBO has received reports of cyber-hacking of escrow trust accounts every month for the past nine months.  More than $1.5 million dollars has been redirected by hackers with fake email wiring instructions.  Hackers have successfully accessed email accounts of principals, real estate agents and escrow companies. The most common attack method is the “phishing” email.  The hacker sends an email that appears to be from a lender, real estate agent or someone wanting to open an escrow.  The email contains a link that is supposed to provide loan documents, real estate contracts or other information.  Once the link is opened, malware infects the escrow agent’s email system.  The hacker then is able to read and see all incoming and outgoing emails and alter them when funds are about to be sent.  They also have access to any forms, instructions, signatures, etc., that are sent by email.  Hackers have even duplicated a bank’s wire receipt confirmation telling the escrow agent that incoming funds were in their account, when they were not. An escrow agent’s number one duty is to protect consumer funds by managing the trust account in a safe and sound manner.  Take proactive steps to protect your company from attack.  Speak with your CPA, banker, and IT person about internal controls.  Consult with your trade associations.  Make sure your software is up to date and free of malware.  Companies that balance their trust account daily have done well in recovering lost funds, as timely discovery and quick wire recalls can be successful.  The Escrow Institute of California recently issued a blast email alert on the latest scams and ways to combat them.  Recent articles by the Federal Trade Commission and National Association of Realtors discussed this increasing threat to all parties in the real estate business.  View their websites for additional information. As a licensed escrow agent, you also have certain legal requirements if you become a victim.  The actions you take now will not only safeguard your customer’s trust funds, but save you from severe financial loss or even the potential failure of your company.

May is Small Business Month in California

The Governor on May 3 issued a proclamation declaring May 2016 as “Small Business Month” in the State of California.  The proclamation notes California is home to the “most innovative and competitive firms in the world.” This year’s National Small Business Week, themed “SBA: Dream Big, Start Small,” includes special events in Atlanta, New York, Denver, Phoenix, San Jose, Oakland and Washington, D.C. For more information and resources, visit the DBO’s financial education website and the SBA’s Small Business Week website. 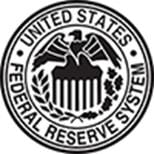 State bank supervisors in coordination with the Federal Reserve are planning the fourth annual Community Banking in the 21st Century research and policy conference, set for Sept. 28-29 in St. Louis.  The goal of the conference is to encourage research on community banking. As part of the conference, state regulators are conducting the 2016 nationwide survey of community banks.  The purpose of the survey is to give researchers and policy makers an opportunity to hear directly from community banks on a range of important topics. The 2016 survey is now live online.  The Commissioner urges California community bank executives to complete it. On May 3, a message with a link to the survey was sent to community banks.  If you are a community bank CEO who did not receive the message, please contact Patrick Carroll at patrick.carroll@dbo.ca.gov for assistance.  Completion of the survey should take no longer than 30 minutes. 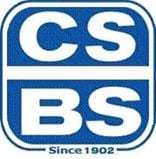 The results of the survey and town hall meetings will be highlighted in a publication released during this year’s conference.

The Fed and state regulators also are seeking papers on a variety of topics for presentation at the conference.  Topics include, but are not limited to: the role of community banks in the U.S. financial system; the costs of operating on s small scale; significant challenges facing community banks; and opportunities for community banks. The submission of papers due date is June 15 and they should be sent to info@communitybanking.org.

Californian urban water user boosted their saving efforts in March, reducing their consumption by 24.3 percent compared to March 2013.  That was double February’s savings.  State water officials said the improved performance likely was due to wetter weather and more seasonal temperatures, along with awareness of ongoing drought conditions.

With nearly 1.3 million acre-feet conserved from June 2015 through March 2016, the state continues to save an impressive amount of water.  The March data show a strong start following renewed emergency water conservation regulations adopted by the State Water Resources Control Board on Feb. 2. For more information on the drought and conservation programs, go to www.ca.gov/drought/.

Luther Burbank Savings, to convert to state-chartered bank under the same name Filed: 4/5/16

Bank of the Sierra, Porterville, to acquire the Porterville branch of Citizens Business Bank, Ontario Filed: 3/22/16

The May 2016 Monthly Bulletin covers the month ended April, 2016. It is issued pursuant to Financial Code section 376.