Indira D. McDonald has been appointed by the Governor as DBO Deputy Commissioner for Legislation, effective June 6.
Jim Sweeney also has joined the DBO as Special Consultant to the Commissioner.  He assumed the post on April 4 and will have a multi-faceted portfolio.

From 2014 until her DBO appointment, Indira served as legislative director for Sen. Tony Mendoza, where she helped him set policy priorities and managed all aspects of his legislative package.  She held the same position for Sen. Mark DeSaulnier from 2013-2014.  Prior to that job, Indira staffed Sen. DeSaulnier on the Senate Committee on Health and the Senate Select Committee on Small Business and the Underground Economy.

Jim worked for the Legislature for the last five years.  He held consultant positions with the Assembly Committee on Accountability and Administrative Review from 2011-12 and the Senate Office of Oversight and Outcomes from 2012-2014.
Most recently before coming to the DBO, Jim worked as a consultant to the Assembly Speaker’s Office of Research and Analysis.  Prior to his government service, Jim worked for 32 years as a journalist, including 14 years covering State government.  As special consultant, Jim will assist the Commissioner in a variety of areas, including policy and planning, media relations, speechwriting and legislation. 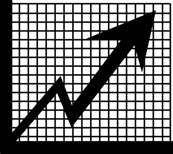 The DBO on May 17 published for public comment proposed rules related to the new exemption for finders from the broker-dealer requirements of the Corporate Securities Law of 1968.  Contained in a Notice of Rulemaking Action filed with the Office of Administrative Law, the proposed rules set forth the requirements for individuals to file for the new exemption.  The proposed regulations also provide the forms and procedures to annually renew or withdraw the exemption, and the recordkeeping requirements for finders.

A copy of the Notice, Initial Statement of Reasons and proposed text can be found on the DBO’s website .

The deadline to submit comments is July 15, 2016.  Comments may be emailed to regulations@dbo.ca.gov.

The Commissioner encourages banks and credit unions to reduce paper and mail use by filing their weekly and quarterly local security reports electronically as Excel attachments.

In 2014, legislation was enacted allowing banks and credit unions that hold local agency funds (e.g. city, county, school district, etc.) to transmit their required weekly and quarterly reports of deposited funds via email or other electronic means approved by the Commissioner.  Formerly, the law required those reports to be submitted by U.S. mail or delivered in person.

The DBO’s Local Agency Security Program developed Excel spreadsheets that can be downloaded from the DBO website, completed and returned as email attachments.

However many banks and credit unions are still sending reports by fax or U.S. mail, or emailing PDFs of the paper reports or the spreadsheets.

If your institution is not using the spreadsheet, you can download at https://dfpi.ca.gov/local-agency-security-program/#forms. If you have any questions, contact Lisa Huang at lisa.huang@dbo.ca.gov or (415) 542-6256, or Karen Cunningham at karen.cunningham@dbo.ca.gov or (916) 322-1547.

The Conference of State Bank Supervisors (CSBS) and the Money Transmitter Regulators Association (MTRA) on May 24 released a white paper on the state system for regulating and supervising money services businesses (MSBs).

MSBs, and especially money transmitters, play an important role in providing financial services to more than one-quarter of U.S. households.  At the same time, DBO and other financial regulators are finding that banks may be terminating or denying MSB accounts due to concerns about BSA/AML risks.

The 24-page white paper, titled “The State of State Money Services Businesses Regulation & Supervision,” highlights state financial regulators’ history of supervising licensed MSBs, the credentialing that occurs through the licensing process, and the coordinated supervision of MSBs among state and federal agencies.

The white paper also discusses the use of the Nationwide Multistate Licensing System (NMLS) as an effective and adaptive tool for streamlining licensure of MSBs, especially those operating in multiple states.

New federal rules governing how companies can use crowdfunding to offer and sell securities to the investing public took effect on May 16.  The regulations were adopted by the U.S. Securities and Exchange Commission.

Crowdfunding generally refers to a financing method under which money is raised by soliciting small individual investments or contributions from a large number of people.  Under the new SEC rules, the general public will have the opportunity to participate in the early capital-raising activities of startup and early-stage companies and businesses.

The SEC’s Office of Investor Education and Advocacy issued an Investor Bulletin to educate investors about the new rules. 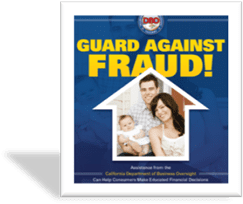 The DBO is committed to providing consumers helpful information and resources on a variety of financial topics.  Our consumer education materials are designed to help consumers make informed decisions by providing them information about the financial services industry, products and services.

Financial institutions and others can request free copies of DBO’s publications by emailing Outreach@dbo.ca.gov.

DBO has issued a Consumer Advisory to caution California borrowers to learn about lenders before transacting a loan.

The “Know Your Lender” advisory reminds consumers to always check the Licensee Search page on the DBO website to find out if the lender is licensed to do business in California.  The advisory also reminds consumers they also can use the website to find out if a lender has been subject to a DBO enforcement action.  Complaints against unlicensed lenders are welcome, the advisory notes.

Moving to bolster California’s climate and drought resilience, the Governor on May 9 issued an executive order that builds on temporary statewide emergency water restrictions to establish longer-term conservation measures.  Those measures include permanent monthly water use reporting, new permanent water use standards for communities, and bans on wasteful practices such as hosing off sidewalks, driveways and other hardscapes.

Californians have responded to the call to conserve water during the drought by dialing back sprinklers, replacing lawns, fixing leaky faucets and installing more efficient toilets and washing machines.  Between June 2015 and March 2016, California urban water users reduced consumption by 23.9 percent compared with the same months in 2013 – saving enough water to supply 6.5 million Californians for one year.

For more information on the drought and conservation programs, go to www.ca.gov/drought/.

Coast National Bank, San Luis Obispo, to merge with and into Bank of the Sierra, Porterville
Approved: 5/14/16

Bank of the Sierra, Porterville, to acquire the Porterville branch of Citizens Business Bank, Ontario
Approved: 5/9/16

The June 2016 Monthly Bulletin covers the month ended May 31, 2016. It is issued pursuant to Financial Code section 376.