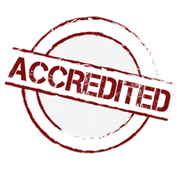 The DBO’s banking and mortgage programs are undergoing a re-accreditation and accreditation review, respectively, performed by the Conference of State Bank Supervisors (CSBS).  CSBS representatives have been in the DBO’s Sacramento office this week reviewing material submitted by the DBO and interviewing staff.

CSBS officials have indicated they may provide their preliminary results as soon as Aug. 11.  The DBO will have an opportunity to respond and comment before the accreditation results become final.

This is the first time the Mortgage Division has gone through the accreditation process.  The Banking Division completes the process every five years.

Accreditation involves a comprehensive review of critical program elements to ensure the ability of the banking and mortgage programs to discharge their responsibilities.  The review assesses:

To gain accreditation, the DBO must test itself against specified criteria in a Self-Evaluation Questionnaire and achieve a total overall score of not less than 80 percent.

If you didn’t receive your email or letter, please email licensing@dbo.ca.gov to receive your invitation to participate.  All participants will receive at no cost a PDF of the survey results upon completion.  Survey results will not be released to the general public until June 2017.

Results for the previous survey, which contained data as of June 30, 2015, are available on the DBO website at 38th Annual Executive Officer and Director Compensation Survey.

Community bankers, academics, policymakers and bank supervisors from around the country will meet Sept. 28-29 in St. Louis for the fourth annual “Community Banking in the 21st Century” research and policy conference.

The conference is hosted by the Federal Reserve System (Fed) and the Conference of State Bank Supervisors (CSBS).

Day-one of the conference will feature presentations of research papers in three sessions.  Each session will feature a panel discussion and Q&A led by both a moderator and a community banker.

Another first-day highlight will be a presentation by a team of students from Southeastern Louisiana University who won the 2016 CSBS Community Bank Case Study Competition.

Day-two of the conference will conclude with the release of results from the 2016 Community Banking in the 21st Century national survey and a panel discussion of the survey findings.

For those who cannot attend, the conference will be livestreamed via www.communitybanking.org.

More information about the 2016 conference, as well as videos, papers and presentations from previous conferences can be found at www.communitybanking.org. 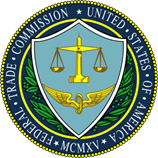 FTC to Host Next FinTech Forum on Oct. 26

The half-day forum will bring together industry participants, consumer groups, researchers and government representatives.  It will examine various models of crowdfunding and peer-to-peer payment used by companies, the potential benefits to consumers and possible consumer protection concerns.  In addition, the forum will look at how existing consumer protection laws might apply to companies participating in these areas.

The event will take place at the FTC’s Constitution Center offices, 400 7th St SW, Washington, DC, and will begin at 1 p.m.  The event is free and open to the public.  No pre-registration is needed.  More information is available here.

California’s water conservation efforts suffered a setback in June, according to the latest numbers from the State Water Resources Control Board (Board).  Urban water users reduced their consumption by 21.5 percent compared to June 2013.  That compared to a 28.1 percent savings rate in May and a 27.5 percent mark in June of last year.

Cumulatively, local water suppliers have saved 1.75 million acre feet in the 13 months since mandatory conservation goals began – enough water to supply 8.8 million people for a year.  The cumulative average savings for the year ending in June was 24.2 percent.

New regulations that took effect in June give local water suppliers more autonomy to set their own conservation goals based on local supply conditions.  The Board, however, has made clear since mid-2014 that it expects suppliers to continue emphasizing water conservation as a top priority during the summer months, when the opportunity for water savings is greatest.  For more information on the drought and conservation programs, go to www.ca.gov/drought/.

Coast National Bank, San Luis Obispo, to merge with and into Bank of the Sierra, Porterville
Effected: 7/8/16

Bank of the Sierra, Porterville, to acquire the Porterville branch of Citizens Business Bank, Ontario
Effected: 5/13/16