Thomas joined the DBO in March 2005 as a Financial Institutions Examiner in the Los Angeles Office Banking Program.  He was promoted to the position of Senior Financial Institutions Examiner in 2009.  Thomas has served as the Examiner-In-Charge of East West Bank (the largest state-chartered bank headquartered in Southern California) and has served as the Examiner-In-Charge for examinations of Banamex USA. 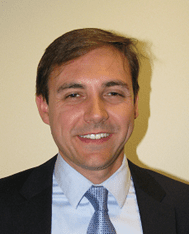 Bret Ladine began serving as DBO Assistant General Counsel on Feb. 23.  Bret was appointed by to the position by the Governor on Nov. 2.

From 2012 until his appointment, Bret worked as a senior associate at the Hogan Lovells law firm.  Prior to that job, he was an associate at the prominent Silicon Valley firm of Wilson, Sonsini, Goodrich and Rosati from 2008 to 2012, a summer associate at Pillsbury, Winthrop, Shaw, Pittman LLP in 2007.  Bret also spent the summer of 2006 working as a law clerk in the U.S. Attorney’s Office for the Eastern District of California.

From 2003-2005, Bret served as press secretary and communications director for California Congressman Dennis Cardoza.  Prior to that time, he was a correspondent at the Boston Globe and a staff writer at the New Orleans Times-Picayune.  Bret earned his law degree in 2008 from the University of Virginia.

Notice to DBO of Extraordinary Events of Public Interest

The Commissioner of Business Oversight requests that banks and credit unions notify the DBO of business developments or incidents that may draw media attention or otherwise subject the institution to public scrutiny.  Reportable events include extraordinary incidents that may result in the temporary closure of a branch.  Examples of such incidents include branch takeover robberies, bomb threats, staff members being taken into custody during working hours or hacking of a computer system.

Notice should be made in a timely manner to the Assistant Deputy Commissioner who oversees the institution.

Reminder to Credit Unions:
You Can Apply to DBO for
Low-Income Designation

The low-income designation provides a credit union with several benefits.  Institutions with the designation can: accept non-member deposits from any source; offer secondary capital account; obtain an exemption from aggregate limits on member business loans; apply for grants and low-interest loans from the National Credit Union Administration (NCUA); and more.

In a new initiative, the DBO will hold regular roundtable meetings with consumer advocates, starting this fall.  DBO Commissioner Owen said the effort’s aim is to “start and maintain a dialogue that helps us better protect financial services consumers and the market.”

The roundtables will be held twice annually, in the spring and fall.  Agendas will be set jointly by DBO and the consumer advocates, and cover issues related to financial services licensees and activities within DBO’s jurisdiction.  Discussions will encompass the DBO’s work related to banks, credit unions, money transmitters, mortgage lenders and servicers, payday lenders, non-bank consumer finance lenders, investment advisers, securities broker-dealers and more.

The next Escrow Law Advisory Committee meeting will be held Tuesday Mar. 15 at 10 a.m. in the seventh floor conference room at the DBO’s Los Angeles office, located at 320 West Fourth Street.  The agenda (PDF) for the next meeting and the minutes (PDF) from the Dec. 8 meeting are available at the DBO website.  Please contact Special Administrator Richard Malme in the Los Angeles office at (213) 576-7595 if you have any questions.

Governor Edmund G. Brown Jr. has encouraged all Californians to work together during National Consumer Protection Week to give consumers the knowledge and skills to make safe and successful financial choices.  Every day, Californians make important decisions about finances, health care, privacy, technology and more.  NCPW.gov offers consumers a wealth of tips and information from federal and state government and non-profit partner organizations.  DBO is promoting NCPW.  For more, visit DBO’s NCPW page or the national NCPW page. 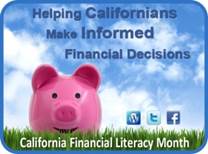 Californians Save 1.1 Million Acre-Feet of Water; Urged to Stay Focused on Conservation

California urban water users in January reduced their consumption by 17.1 percent compared to the same month in 2013, according to State Water Board data.  That savings rate was down from 18.4 percent in December.

The Board also reported the state was 96 percent of the way to meeting the Governor’s goal of saving 1.2 million acre-feet of water during the period June

2015 through February 2016.  The savings total from last June through January was 1.1 million acre-feet.

The state remains in a record drought.  Californians are urged not to relax their water-saving habits and reduce or eliminate outdoor irrigation when it’s wet and limit household water use to the essentials.  For more information on the drought and conservation programs, go to www.ca.gov/drought/.