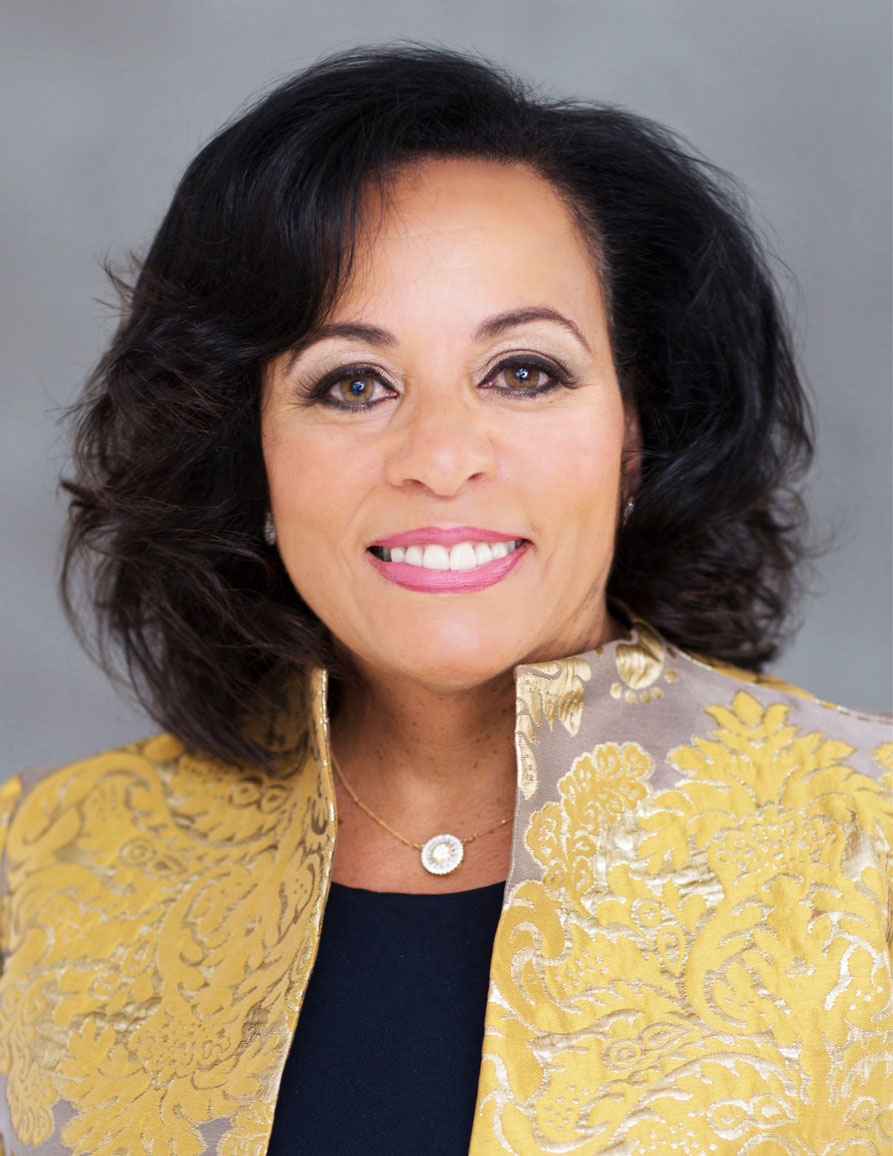 Clothilde “Cloey” V. Hewlett is Commissioner of the California Department of Financial Protection & Innovation (DFPI), the State’s financial regulator. Commissioner Hewlett was appointed by Governor Gavin Newsom in September 2021 and has served California under three different governors, dedicating much of her career to public service, advancing good governance, and protecting consumers.

Serving as Undersecretary of the State and Consumer Services Agency and Interim Director of the Department of General Services, she managed numerous state agencies with a wide range of oversight that included procurement, real estate, and consumer affairs. She led the team during California’s 2001 energy crisis that created the Flex Your Power Campaign. During the events of Sept. 11, 2001, she was responsible for oversight of the state of California’s Victims Compensation Board, providing support to survivors and families who lost loved ones during the terrorist attack. Prior to her appointment, Commissioner Hewlett served as Board Member for the Cal Alumni Association (CAA). In 2016, she became the second woman and first person of color in over 144 years to serve as Executive Director of the CAA. In her role as Executive Director and Chief Legal Officer, she was responsible for overseeing an organization that serves more than 550,000 alumni of the University of California, Berkeley.

Commissioner Hewlett began her career as a pioneer in law enforcement at the San Francisco District Attorney’s office, where she prosecuted high-level crimes and conducted special investigations, including embezzlement and fraud cases. In the DA’s office she was one of the first Women Peace Officers and later became a member of the San Francisco Police Commission. During her tenure in law enforcement, she worked to implement community-based policing and police officer de-escalation training. After leaving law enforcement, she went to the State Bar of California and created the Moral Character Unit for admission to practice law in California.

Commissioner Hewlett continued her path in law as a partner at K&L Gates and then Nossaman, LLP, advising national and global corporations as well as sports teams. She focused on government contracting, crisis management, appropriations, and diversity initiatives. She worked closely with financial services clients to address regulatory challenges and to ensure they provided consumer protection.

Commissioner Hewlett developed a successful community partnership model through her work on signature sports and local economic development efforts for the Santa Clara Stadium Authority and the Sacramento Kings. She served as Co-Chair of the first Community Advisory Council for the Golden 1 Center. For more than 12 years, she has been a Board Member for the San Francisco 49ers Foundation and is committed to continuing the DFPI’s equity goals to reach underserved communities through proactive consumer education, outreach, and engagement.

Commissioner Hewlett is a co-founder and served as the first President of Black Women Lawyers of Northern California. She has been recognized for her many significant contributions throughout her career with an assemblage of awards in recognition of her accomplishments including the Trailblazer of the Year Award by Leadership California for her significant contributions to the advancement of women in the workforce, the Black Women Lawyers of Northern California Outstanding Achievement Award, CAA’s Excellence in Service Award, the Wiley Manuel Law Foundation Legal Pioneer Award, the San Francisco Business Times Forever Influential Honor Roll, the SPUR Lifetime Achievement Award, the San Francisco Police Department Award for Bravery and Women Leading Change from the National Coalition of 100 Black Women.

Commissioner Hewlett received a B.A. in Political Science from the University of California, Berkeley and a J.D. from the UC Berkeley School of Law.

To schedule a meeting with the Commissioner or request her presence at conferences and other events, please submit a scheduling request form.